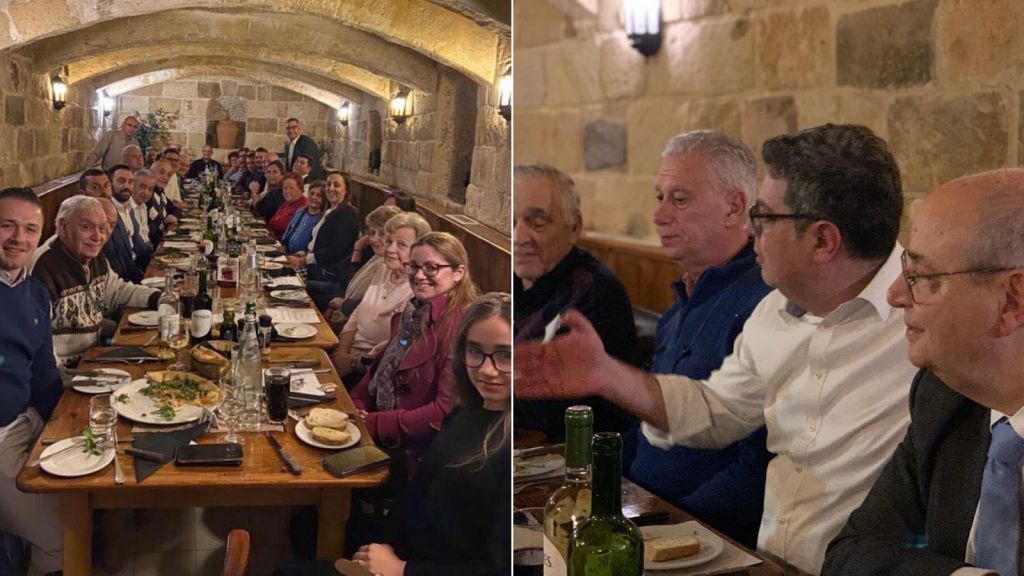 Adrian Delia’s attempts at building bridges within a fractured Nationalist Party has started off on a pretty decent note.

Last night, the PN leader dined with activists of the Mellieħa sectional committee, the same committee which had recently boycotted a speech by Delia at the party’s own Mellieħa party club (każin).

Back then, Delia turned up at the każin anyway and delivered a pretty fiery speech, warning his internal critics that they should leave the party if their personal interests are rendering them incapable of working alongside him. After visiting the PN club, Delia visited the PL club as he often does.

According to parliamentary secretary Clayton Bartolo, the PN leader told people at the PL club that he felt more welcome there than he had in his own club.

“Our sectional committees are the root of our political work in our localities,” Delia said in a Facebook post. “I thank you for the work you do towards the PN.”

A committee member told Lovin Malta that they invited Delia to a dinner to prove that Bartolo’s statement wasn’t true and that the committee has no problem with the PN leader on a personal basis.

“People have different opinions and perspectives in the committee but we can find a way forward,” he said. “We have now sent a message across that we have no problem with the leader.”