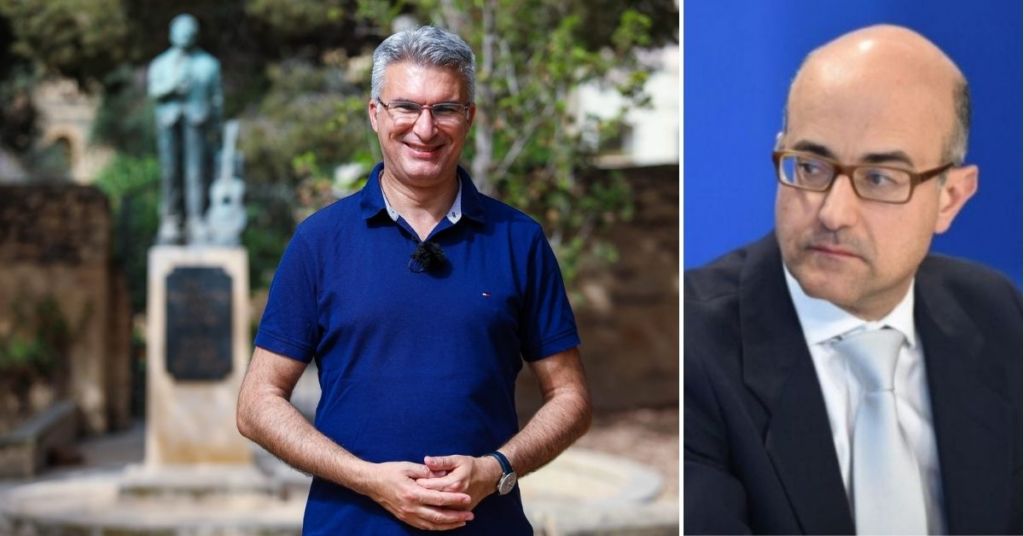 Nationalist MP Jason Azzopardi is trying to get OPM minister Carmelo Abela to face off against three criminals who are accusing him of involvement in a notorious heist.

Abela had sued Azzopardi for libel over these claims, the PN MP has now asked the courts to allow brothers George and Alfred Degiorgio and Vince Muscat to be parties in the case.

This would mean that the minister’s libel case would not only be against Azzopardi, but against the three men who have also been convicted (Muscat) and charged (the Degiorgios) with the murder of journalist Daphne Caruana Galizia.

In a court application filed by his lawyer Joseph Zammit Maempel, Azzopardi argued that the comments which Abela deemed libellous were based on declarations made by Muscat and the Degiorgios.

In his application, Zammit Maempel recounted how Muscat had indicated to police that a sitting minister was involved in the infamous botched hold-up of the HSBC headquarters in June 2010, as well as other related crimes.

A year later, he started fleshing out his claims, claiming that the minister – who worked at HSBC back then – was instrumental in giving them crucial information, including the plans of the head office, footage of the corridors leading to the vaults, and electronic keys to open the doors leading up to the vault.

He also told police where the robbers allegedly met up with Abela and another ex-minister, allegedly Chris Cardona, to discuss the hesit plans.

Four months ago, Alfred and George Degiorgio requested a presidential pardon for the murder of Caruana Galizia in return for information on a number crimes, including the HSBC hold-up.

What do you make of this legal move?