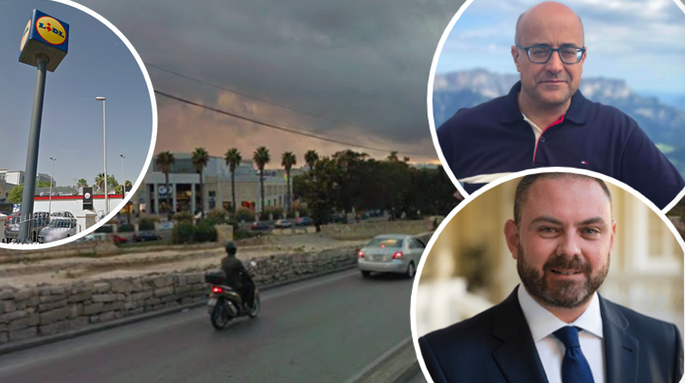 Ellul made this statement when dismissing an appeal by Azzopardi, which he filed after losing a libel case he had instigated against Justice Minister Owen Bonnici.

Azzopardi sued Bonnici in 2017 after the minister said he had sworn information that Azzopardi had used his influence to ensure the land was sold to businessman Zaren Vassallo for €706,400, despite the National Audit Office having valued the land at €8 million.

In 1990, the government leased the land to Marsovin for Lm10,000 (€23,294) in annual ground rent. While this was relatively cheap, the contract constrained Marsovin to use the land as a brewery. However, in 2009, Marsovin sold the land to Nazzareno Vassallo, one of Malta’s best-known businessmen and a renowned PN benefactor, for a mere €465,000, a figure calculated based on Vassallo redeeming the total LM10,000 in ground rent.

The Lands Department, which Azzopardi was politically responsible for. approved the transfer and dropped the original condition limiting the land’s use as a brewery, a condition which kept the ground rent low in the first place. This allowed Vassallo to develop the Landmark Business Centre, a massive complex, composed of retail outlets, a LIDL supermarket, cafes, offices and a multi-purpose hall, all surrounded by gardens.

Azzopardi and then Finance Minister Tonio Fenech claimed they only found out the condition had been dropped in 2011, two years later, after which they commissioned a team of architects who stated Vassallo must pay an extra €240,526.

However, the National Audit Offie looked into the deal and insisted Vassallo should have actually paid €8 million, the value of the land itself in 2009.

In 2017, Owen Bonnici said he has sworn information that, after receiving a letter from the Lands Commissioner, Vassallo held a meeting with Jason Azzopardi, and that the then parliamentary secretary told the businessman that “we will find a compromise”.

The court said this was probably a reference to testimony Vassallo had given in 2015 as part of a separate court case against Marsovin. Vassallo had said: “I received a response from the Lands Department because I had spoken to and even met up with the responsible minister and the response was…that they were ready to sit around a table and find a compromise”.

The court couldn’t find proof that Vassallo and Azzopardi had indeed met up and that Azzopardi had voiced his willingness to find a compromise. However, it said it was irrelevant whether this meeting took place, arguing there was no doubt Azzopardi had accepted the original settlement and the compensation that followed.

Indeed, then Lands Department director general Albert Mamo testified that he had informed Azzopardi as soon as he found out about the contract in 2009. The NAO also stated that Azzopardi had vehemently argued in favour of the application of the 1990 ground rent rates.

“Those who choose to enter politics must be prepared for harsh criticism,” Ellul ruled. “All this took place between 7th March 2011 and 5th June 2012, a period when Azzopardi was the parliamentary secretary and minister responsible for government lands. Whether he likes it or not, he must shoulder political responsibility for what took place under his watch.”

“When he sued me for libel, the Venerable St Jason Azzopardi had said I was lying, but now we know who was telling the truth,” Bonnici said. “Back then, I had said the only option for the PN was to distance itself once and for all from the dishonest politician. I repeat what I said back then with even more conviction. Maltese politics and democracy deserve better than people like Jason Azzopardi.”

Meanwhile, Azzopardi pounced on the court’s failure to find proof that he had personally met Vassallo to discuss the deal.

“I sued Bonnici because he had accused me of meeting up with Zaren Vassallo and the courts have declared today that Owen Bonnici had lied about that fact.”