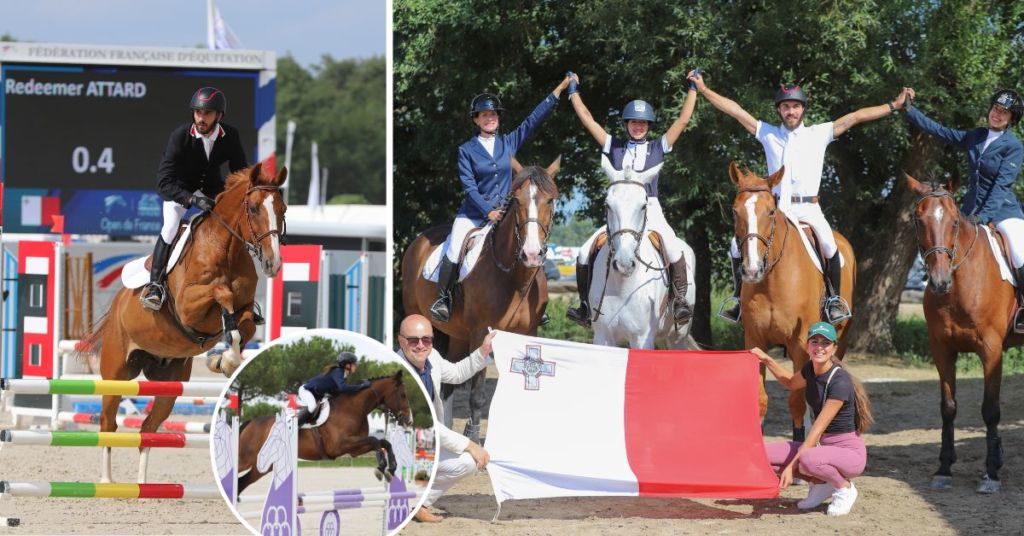 Though some teams competed on their own horses, the Maltese team hired horses from a club in France and spent two days prior to the competition getting to know their equine partners.

The competition took the form of a Nation’s Cup with three competitive rounds. In the first, which was against the clock, Team Malta took a safe strategy, riding slowly, but ending the round with a favourable zero faults and finishing in fifth place.

The second round was a technical clear round course, with very few riders riding clear. Malta remained in fifth place.

However, during the third round, impressive performances helped Malta finish third place behind Italy and Mauritius.