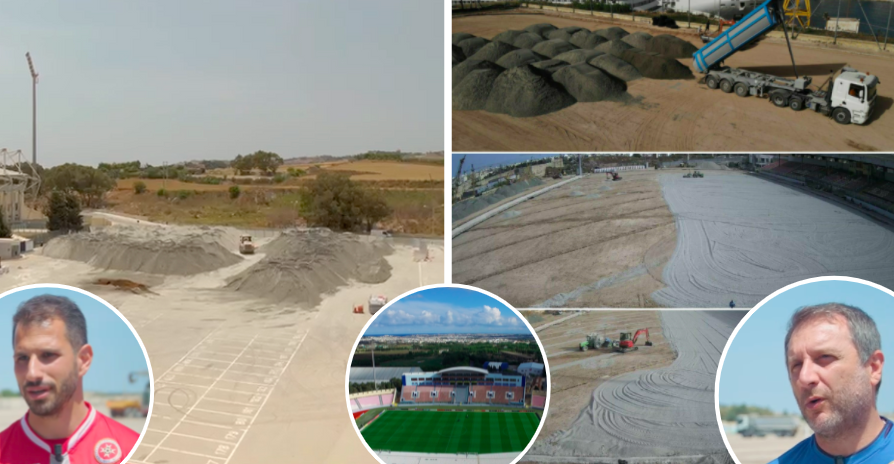 A number of major renovation works are currently underway to improve the quality and standard of several football pitches in Malta, including the Ta’ Qali National Stadium and its training grounds.

A total of €2 million has been invested into renovating the national team’s training pitches, with works expected to be completed by the end of August, before the highly-anticipated Group H World Cup Qualifier against Cyprus on 1st September.

Current works include the extensive renovation of the training pitch, something players believe will help improve the standard of local football.

“A pitch more adapted to players makes a big difference,” said national goalkeeper Henry Bonello. “Projects like this can help us in our game and help improve the quality of football,” he said.

Moreover, works have also started on the renovation of the National Stadium itself with the promise of a new football pitch to come soon. “If you want to create and improve, it’s very important to start from the quality of the infrastructure and facilities and this is a very important step for the senior team and the youths,” head coach Devis Mangia said.

Malta’s national team is currently in Austria undergoing a training camp before a friendly match against a strong Northern Ireland side.

READ NEXT: Superhuman! Neil Agius Will Be Warming Up For Record-Breaking Tunisia-Sicily Swim With Three Laps Around Gozo