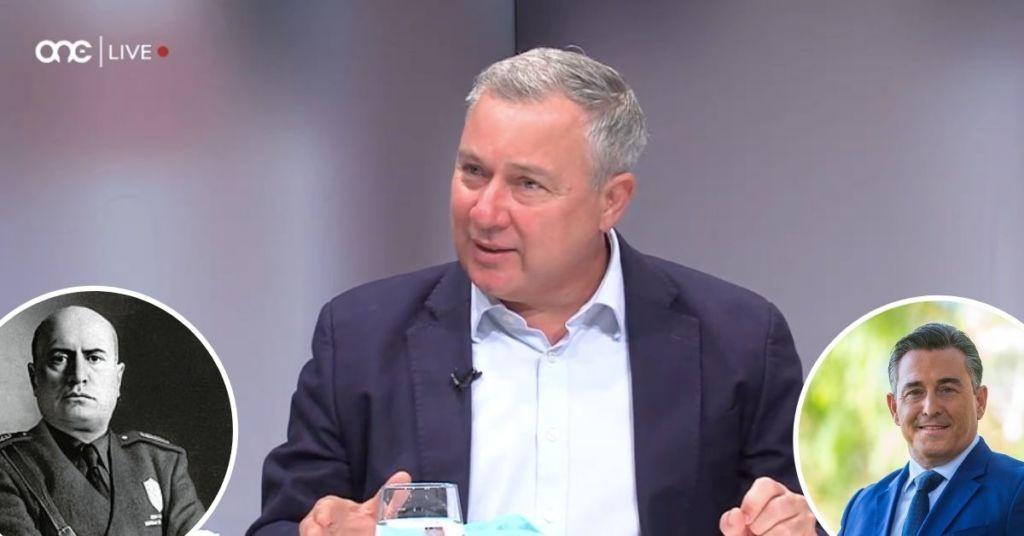 Science Council chairman Jeffrey Pullicino Orlando has suggested that the PN should update its traditional anthem, which is still based on the official anthem of Benito Mussolini’s Fascist Party.

“The PN hasn’t even been able to change its anthem, which is identical to that of Benito Mussolini… for God’s sake, is this a party that is going to appeal to youths?” Pullicino Orlando, a former PN MP and PL candidate, said during a debate on ONE TV’s Paperscan yesterday.

“Marketing is important. You can have the best baked beans in the world but if it’s packaged in a yellow and black can, no one’s going to touch it.”

The PN’s anthem, Sbejħa Patrija, which is regularly played at party events, is based on Mussolini’s Giovinezza, both in lyrics and tune.

Pullicino Orlando gave his two cents in the wake of the latest disastrous MaltaToday survey for the PN, which placed it 13.9 points behind the PL.

He questioned why PN MPs aren’t trying to oust their leader Bernard Grech as they did to his predecessor Adrian Delia, who had also faced dismal polls.

“Where are the Blue Heroes?” he asked, referring to a coin termed by PN MP Jason Azzopardi for MPs who opposed Delia.

“These shameful polls indicate the PN is no longer an Opposition but a fringe party. Aren’t they going to put spokes in the wheels as they had done with Delia?”

He dismissed Grech’s recent warning that the PN is polling poorly because “the game is rigged” in favour of the PL.

“If Arsenal were to lose 20-0 against Manchester United, the club would immediately sack the manager and shake things up. However, the PN is still stuck in the 80s. Now they’ll lose the election, get rid of Bernard Grech and come up with an internal report that will say the same things that have been said for the past years.”

He urged the PN to focus on pitching an alternative vision for Malta instead of trying to “destroying” certain PL politicians.

“If they’re going to focus on trying to destroy individuals, the most they can achieve is to bring these people down. However, the PL is much greater than any individual and the PN should focus on proposals for the country.”

Do you think the PN should update its anthem?

READ NEXT: Scam Companies Abroad Are Claiming To Be Registered In Malta