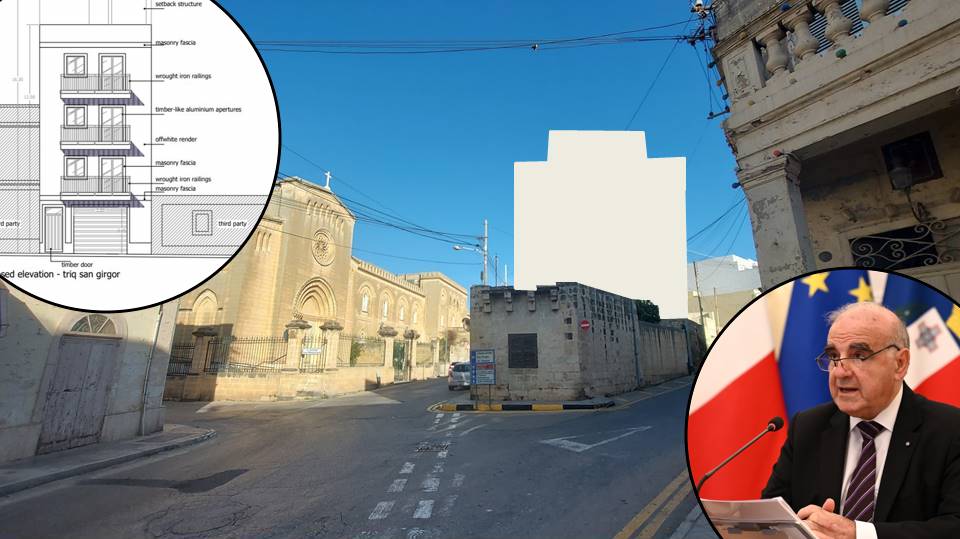 The President of the Republic George Vella has voiced his shock and disappointment at a newly approved development in Żejtun, which he said showed a lack of sensitivity towards the village’s character.

The development was flagged by the resident’s group Wirt Iż-Żejtun, which said in a Facebook post that a four-storey block was to be built in Triq San Girgor, the President’s own road, which is in a part of the village considered an Urban Conservation Area.

“As a citizen who was raised and who lives in this street I am shocked and disappointed with the lack of sensitivity and respect towards the urban characteristics of this part of Żejtun,” Vella wrote. “I appeal for this permit to be reconsidered. Our town deserves more respect.”

In its own post, the group noted that work had been carried out on a number of old houses and buildings in the area.

“Many have noted the beauty of the church’s architecture, as well as the memories and experiences they have of this place,” read the post only for it then to break the news about the impending development.

“We want to show you what will happen in front of the church and in Triq San Girgor, after the Planning Authority approved a permit for a four-storey block to be built.”

The processing of the application had not even considered that the site is 15 metres from a Grade 1 Scheduled church and exactly outside an Urban Conservation Area.

If the building were to be constructed it would ruin the area, the group said, calling on citizens to support their appeal for the permit to be revoked.

What do you make of the President’s statement?

READ NEXT: 105 Migrants Believed To Be Stranded In Maltese Search And Rescue Area