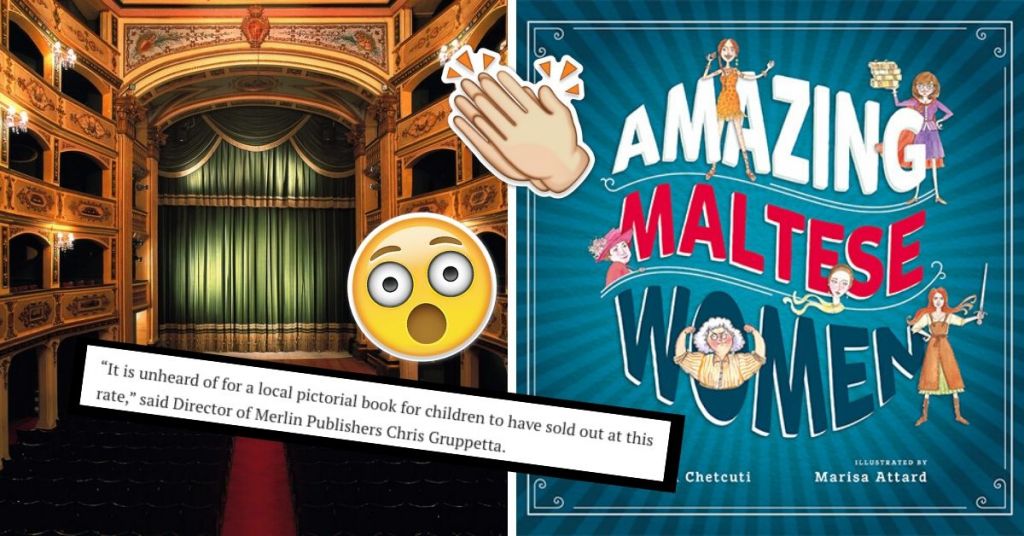 A Maltese children’s book that’s just broken the record for fastest-selling publication is already set to hit the Manoel Theatre’s stage this Summer…just two weeks after its release.

Since its release by Merlin Publishers, it has already become a local favourite, with more than 1,500 copies sold so far.

“It is unheard of for a local pictorial book for children to have sold out at this rate,” said Director of Merlin Publishers Chris Gruppetta. The work documents iconic women who have in some way or another, added a richness to Maltese history, with some familiar faces, and some less so. Gruppetta says he is proud to include a variety of figures, including those some may call controversial.

“We are proud to offer the next generation a move away from Malta’s partisan mentality,” he said.

In fact, the book showcases two contentious figures in Maltese history, Agatha Barbara and Daphne Caruana Galizia, who are described in an unbiased manner, adapted to a children-friendly tone.

And in less than a month after publication, the book is already set to hit the stage of Malta’s National Youth Theatre.

Michael Richardson, one of the acting Directors of the programme, says he was immediately impressed by the book and eager for its adaptation to stage.

“I was blown away by it,” he said. “The book is an excellent basis to explore issues of gender inequality in Malta and beyond.”

It also fits into Teatru Manoel Youth Theatre’s desire to “take a proactive look into historical subject matters that are relative for young people.”

In line with the structure of their programme, the material for the play will be created by young people for the intended young audience, guided by Richardson’s direction.

“If the performance has been created by young people, using the language of young people then audiences of eight to eleven will connect to it better than anything us adults would attempt to create,” he said.

Although it is still a work in process, the adaptation is expected to launch this Summer.