WATCH: Are You In Favour Of Gender Quotas? This Is What Malta Has To Say About Them

We Filed Complaints With The Broadcasting Authority About One And Net... Here’s What Happened 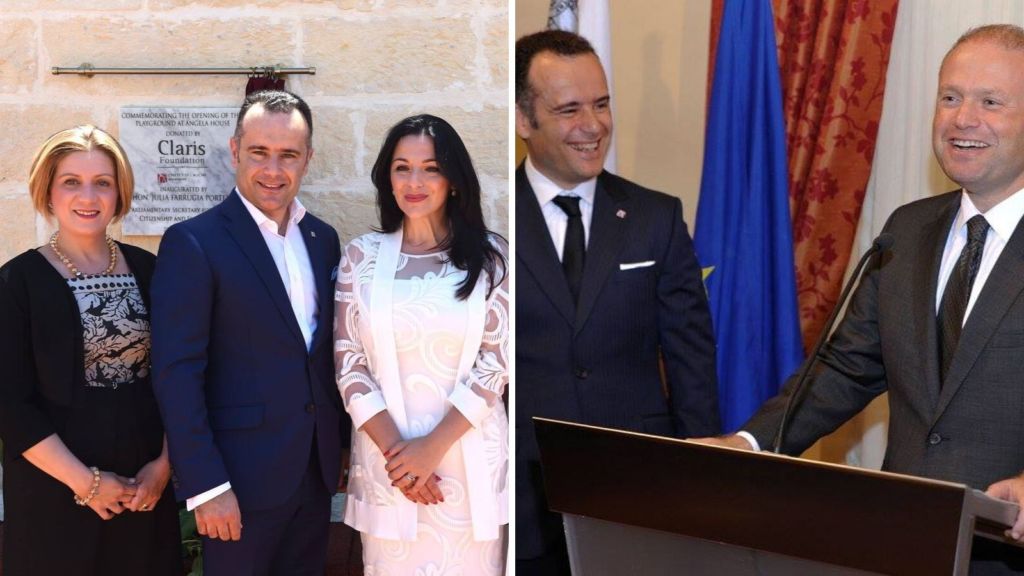 Photos have disproven claims by the Prime Minister and his junior minister that the pair were only school-bus buddies with the partners of a legal firm embroiled in a passport-selling scandal.

In a government statement yesterday, both Joseph Muscat and Julia Farrugia Portelli, the Parliamentary Secretary for Citizenship, claimed they had “no relationship whatsoever with the firm”.

The statement went as far as to say that their only acquaintance with a partner of the firm “dates back to 32 years ago when the Parliamentary Secretary, then 10 years old, used the same primary school transport and was in the same class with a student who is today a partner of the firm”.

“The same applies to any reference made to Prime Minister, who attended the same school and shared school transport with the person interviewed and members of his family,” the government statement claimed. Joseph Muscat, Jean-Phillippe Chetcuti Cauchi, his wife Marie (who is also a partner)

A simple Google search reveals that Muscat and Farrugia Portelli met with the managing partner of Chetcuti Cauchi Advocates, Jean-Phillipe Chetcuti Cauchi, several times over the past year alone. The signing of the dual citizenship report

The three of them spoke at an Investment Migration Council meeting regarding IIP in Malta, while Farrugia Portelli and Muscat attended the celebrations of the law firm’s 15 years of operations in 2017 and the launch of a Dual Citizenship Report (part authored by Chetcuti Cauchi) in 2018.

“[The Individual Investor Programme] attracted and acted as a gateway for correct investment,” Muscat said at the time.

Farrugia Portelli also attended an intimate inauguration with Chetcuti Cauchi, and his wife, Maria (who is a partner at the firm), of a playground in Angela House A visit to the Ursuline Sisters Undercover footage published yesterday showed lawyers at Chetcuti Cauchi boasting about their ministerial connections, namely with Farrugia Portelli and Muscat, and how authorities would “close an eye” to buyers with a criminal record.  The law firm has since lost its license to operate in the IIP scheme.

Chetcuti Cauchi has courted controversy in the past over its actions in the IIP sector, with journalist Daphne Caruana Galizia once reporting how the firm had begun promoting the sale of Maltese passports months before parliament even voted on the issue.