Comino is one of Malta’s most promoted spots, and a concerned individual has issued a warning that social distancing measures have gone down the drain despite COVID-19 cases on the rises.

Before the opening of flights in July and the summer season, Comino was left untouched with few visitors. However, a significant number of tourism arrivals has seen the island and its iconic lagoon packed once again.

“Health and safety at its best,” the person who sent the photos said. “They’re just waiting for the summer to be over to impose strict measures on these kinds of trips.” Malta’s tourism sector has received some criticism in recent weeks, particularly after heavyweights in the industry aggressively pushed for the season to be opened, with individuals like MHRA President Tony Zahra dismissing significant restrictions as “project fear” when cases were lower.

Prime Minister Robert Abela has revealed that the country will announce new COVID-19 restrictions later today. He has so far said that testing will be introduced at Malta’s airports and legislative action on social distancing may be taken.

The government’s decision to act comes amid a spike of COVID-19. Ever since the borders opened up to commercial tourism in July, the number of active cases has gone up from single digits to 537. 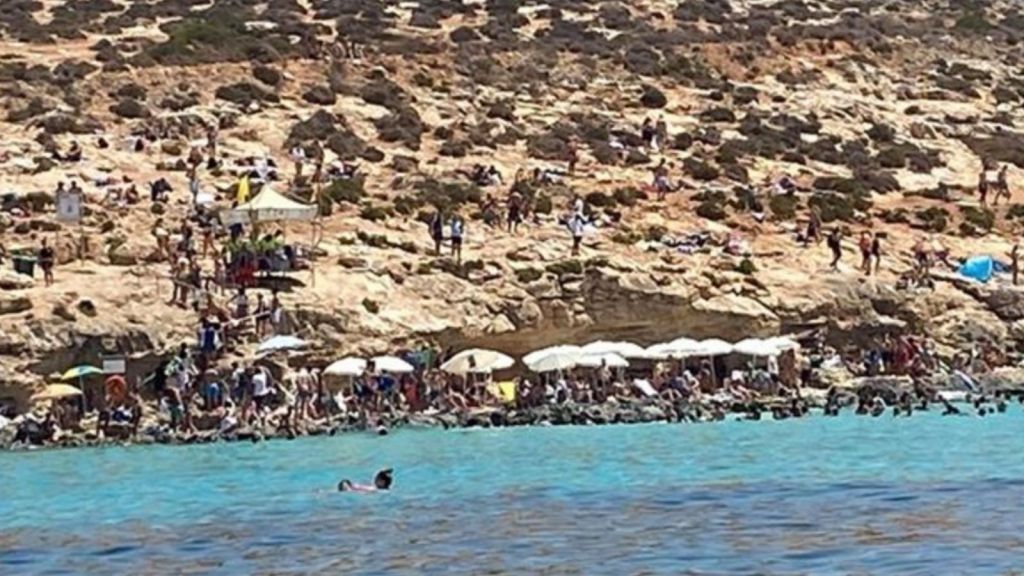 Malta’s medical union is calling for any gathering of any kind of more than ten people to be banned with immediate effect. Masks wearing and social distancing must be compulsory and enforced.

Meanwhile, all Maltese citizens returning from abroad should be requested to swab or quarantine on arrival, while tourists should be obliged to swab 72 hours before visiting the island.

Should the government fail to deliver, the union could call for industrial action.

What measures do you think should be introduced? Comment below