A number of drivers who left their vehicles parked along a main road between Sliema and Gżira woke up to find their mirrors damaged overnight, with some even smashed entirely off the car and left on the pavement.

“Guys, all the cars parked in Rue D’Argens between Muscat Motors and OK Home have been vandalised tonight, all with smashed mirrors,” said one local who posted images of a number of cars.

“How much of a piece of sh– does someone have to be to do such a thing!” she continued, saying she hoped a nearby camera had caught the vandals on film. 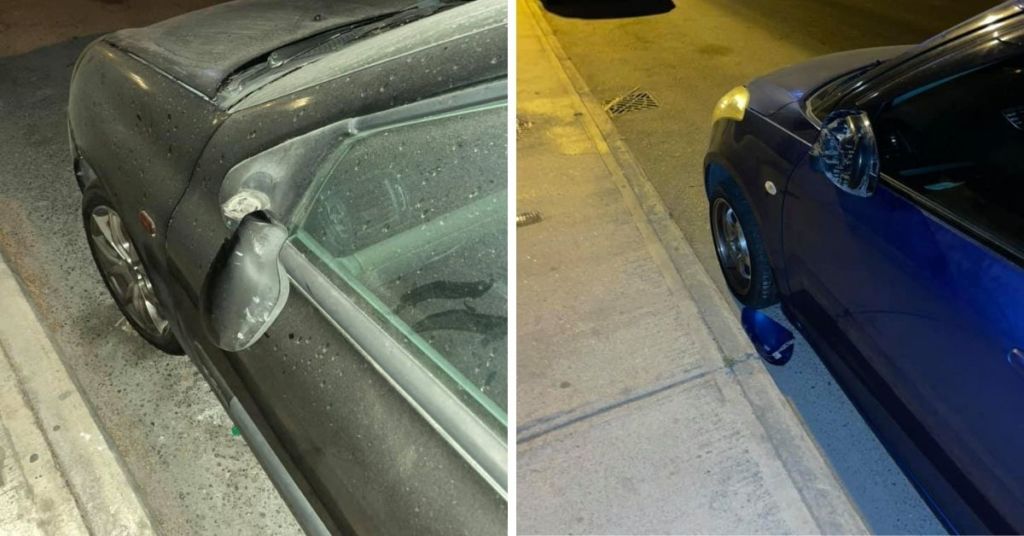 The damage on cars varied

Local residents were angered by the vandalism, with some recounting how this was far from the first time that such behaviour had happened in the area.

“This is disgusting. There are some real low lifes in this world,” one person said.

“This is not the first time – just a month ago in the same spot someone smashed a car window,” said another.

Have you ever experienced anything of the sort?

READ NEXT: Long-Awaited Pope Francis Visit To Malta Back On The Cards