A teachers’ union delivered a pudina to the Education Ministry’s permanent secretary Frank Fabri this morning to mockingly honour him for the latest “blunder” (which the pudina symbolises) involving student-teachers.

“It is our great privilege and honour to award the Permanent Secretary, Dr Frank Fabri, the coveted ‘Pudina Prize’,” the Union of Professional Educators’ executive head Graham Sansone said.

“The UPE today delivered a ‘Pudina’ to Dr Fabri as a gesture to help him realise that his latest manoeuvre is unwarranted in the eyes of the Union and of many prospective student-teachers.”

The union’s stunt comes after a group of student-teachers were suddenly assigned to different primary schools than the ones they had originally been assigned to make up for a shortage in teachers. 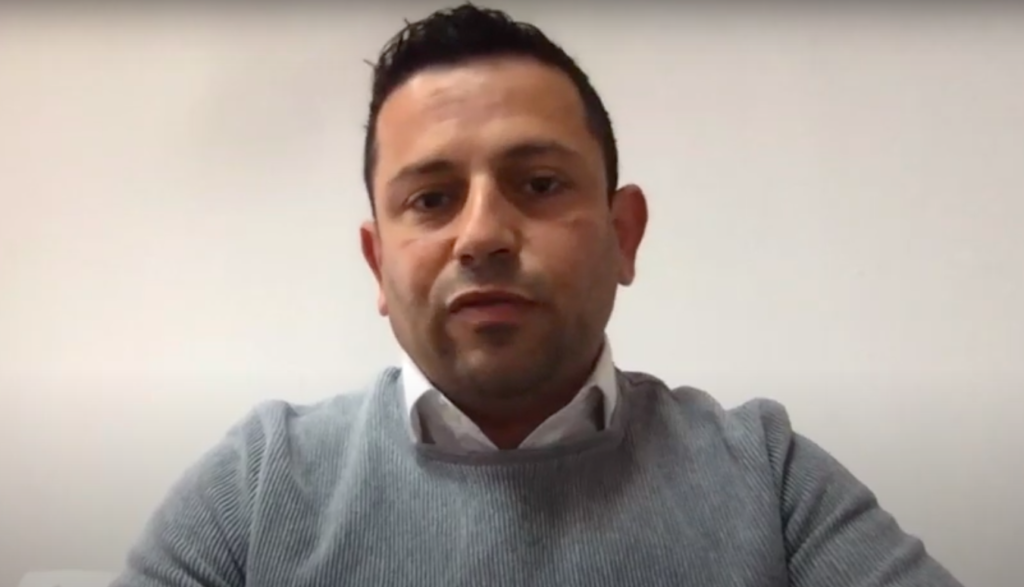 “Those student-teachers were understandably upset since, true to form, the Ministry decided to inform them just a few days before the commencement of their teaching placement,” the UPE said.

“A wonderful marketing strategy created by the Ministry to attract more educators to the sector, to be sure!

The union said it has contacted the student-teachers to explain “the way forward” and will assist them wherever the need arises.

“The general public should see the Ministry’s action for what it is,” Sansone said. “A cynical use of student-teachers to cover its own failures. Its biggest failure is reflected in the scant number of young people choosing to enter the education sector, even though the Ministry continues, to this day, to tout the ‘historic agreement’ signed between it and the MUT.”

“Sources close to the union have hinted that the student-teacher move is a stop-gap measure for the remaining five weeks of the Christmas term. Rumours are circulating that the government will remove all current Covid-19 restrictions some time during December thereby allowing schools to operate at pre-Covid level from January 2022.”

“We think it would be unfair to make the ‘Pudina Prize’ a one-off affair. We are sure this will not be the only time that the UPE will award such a prestigious prize. In fact, we predict that there might be a bread shortage in the coming months since the Ministry will likely deserve to receive more of these awards.”

What do you make of this stunt?