A Maltese woman’s vivid recollection of the day the Mosta Dome was bombed during World War Two will take you right back to the historic moment.

“The light was coming through, there were fires, and dust and debris falling… and somehow, only one person was injured in all this,” she continued.

Falzon, who now lives in the US, was sharing here memories with Canada-based Maltese interviewer Alfred Fenech.

And it was one of the Ju88s and a Jabo ME 109 that eventually dropped a SC500 bomb through the roof of the Mosta Dome, today considered a miraculous moment among locals.

Falzon breaks down exactly what happened after the bomb entered the church – but didn’t explode. “I was in a row of four – myself, my sister, Katarina Agius and Marianna Gauci… we all began running, running here and there… we ran to the door and it ended up ripping off some of my clothes… it was a terrible day, and everyone knows how ugly that time was,” she said.

She goes on to describe the church parvis looking like it had been “destroyed by hand grenades” and how wherever she looked, she saw bombing.

“We were evacuated, and then the Air Raid Precautions (ARP) came with stretchers to see who was hurt, thank God we were all uninjured… only Gianni Sammut was hurt a bit… no one else was hurt at all, surprisingly.”

“That April was a bad month… how many churches and theatres fell in that month?” One of the most memorable aspects of WWII in Malta is the air raid shelters, where people would huddle and wait out aerial bombings from the fascists.

“I didn’t go to the shelters too much because we had our own,” she says. “But everyone would be on top of each other in that damp, mattresses wet with water… it was a hard time and people were really scared… my dad was always scared we wouldn’t make it to the shelter in time.”

“1942 was the worst, one of the toughest years for Malta,” she said. “It was tough – air raid after air raid, and that April, three quarters of the people never even left the air shelters for a month.” 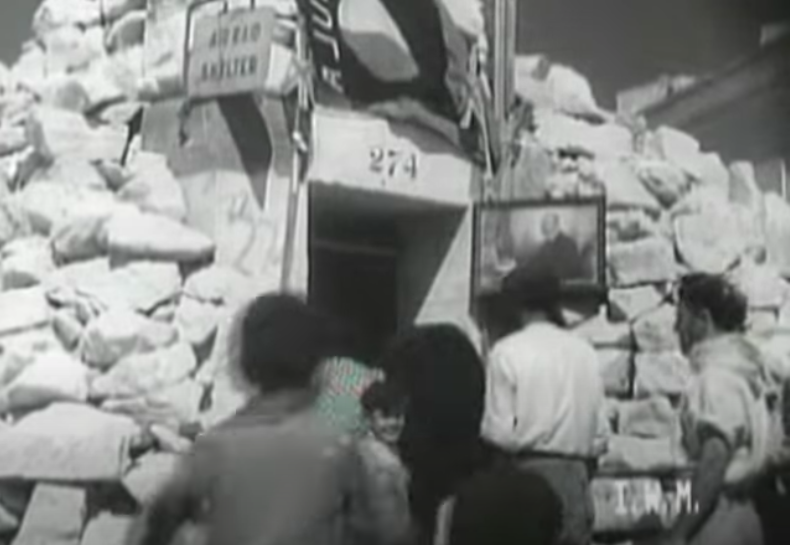 However, for all the precautions taken, people still died.

“Once, there was a government worker, and we saw him laying dead on a wagon. We watched as the horse just took him back home dead… a splinter had hit him,” she said.

Though she survived, Falzon can’t help think of that time in Malta, a time which she describes as the worst Malta had seen for centuries.

“When the Germans came, they practically destroyed Malta,” she ended. “There was no other country that had more bombs dropped on them than us.”

Could you imagine living through this? Let us know in the comments below