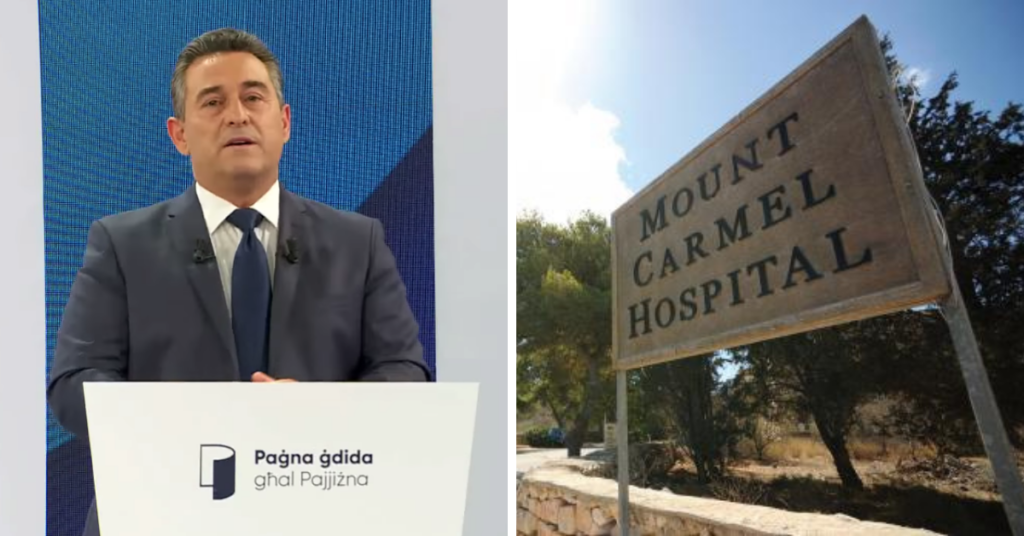 The Nationalist Party (PN) has proposed putting an end to the practice of treating drug addiction at mental health facilities. The proposal is one of nine launched by the party today as it prepares for an election sometime over the next 12 months.

“Substance abuse should no longer be treated as a mental health issue. We will put an end to the bad practice of treating people with substance dependence at mental health facilities,” the PN said.

Instead, there should be a specialised service working hand in hand with “established centres of excellence” in the treatment of drugs, the PN said.

The PN is also proposing that Mount Carmel Hospital no longer be used as a mental health facility and be converted into a public space in order for the public to be able to enjoy its historical heritage.

Rather than having people treated at Mount Carmel, the PN said that a specialised centre would be opened at Mater Dei hospital. It accused the government of insisting on refurbishing Mount Carmel Hospital, at the expense of the taxpayer, even though, it claimed, this would not bear any fruit.

Another proposal which the PN is pledging to enact once in government is a revamp of the mental health medication made available to patients through the government’s procurement system. The PN said it would stop purchasing “cheaper generic medicines”, insisting that this would “increase the effectiveness of mental health care and the relationship between the patient and professionals”. 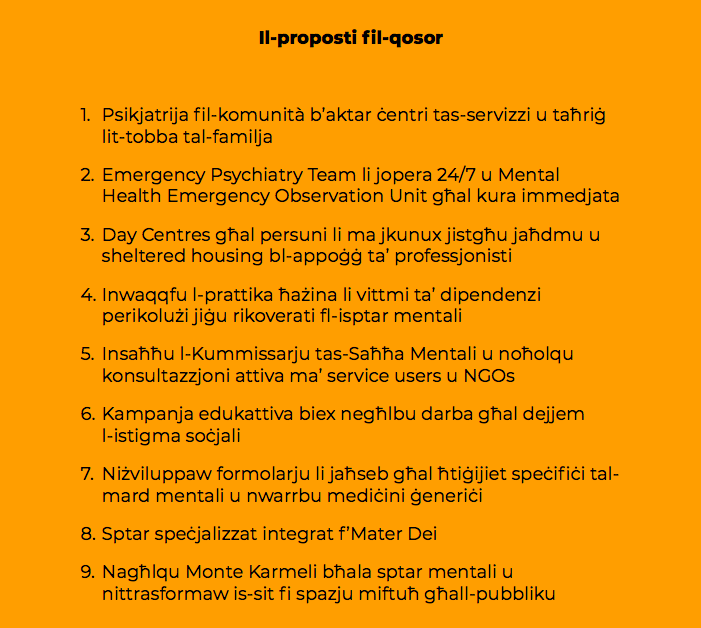 “Today patients with mental health problems can’t access new medicines if not by purchasing them themselves. Moreover, the use of outdated medicines is leaving negative counter effects,” the PN said.

The PN’s strategy looks to continue building on the government’s efforts over the past year by promoting community-based care, including in the mental health sector. With this in mind, the PN has proposed the establishment of Day Centres for people suffering from mental health conditions who are not able to work.

It has also proposed the setting up of a 24/7 emergency psychiatry team and a mental health emergency observation unit at Mater Dei Hospital.

Do you agree with the PN’s proposals? Comment below