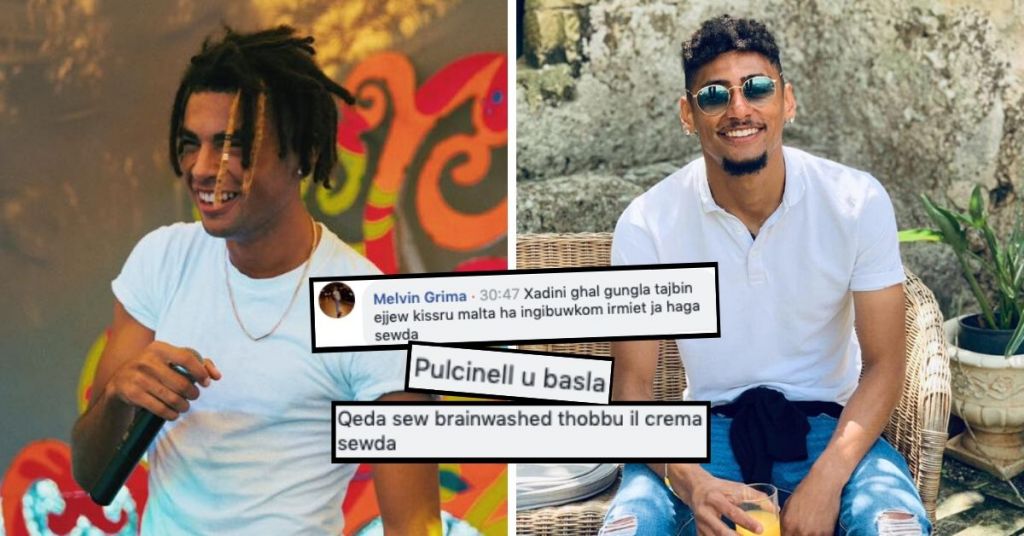 Today’s episode of #CovidCalls discussed local race relations in the wake of the shocking murder of George Floyd by an American police officer.

“Jungle monkeys is all you’re good for, come destroy Malta so I’ll turn you into bits of trash, you black thing,” Melvin Grima said publicly today.

When he was called out for his words, he told people that they clearly “loved black cream” and supported terrorism.

People wasted no time in calling out the “coward” who left the racist comments.

“What a rude man you are, without a conscience! Words hurt,” one person said, while another said: “Some comments right here show the problem with some people in this country”.

One person took aim directly at the person making the comments.

“We all know you’re the real monkey here, Melvin. Let’s put you in a zoo and throw stuff at you and laugh at your opinion because it’s a minority’s and you could seriously learn a thing or two because you’re not even half the man they are… you sad excuse of a human being,” one woman said.

Today we discuss the George Floyd murder in America, and the subsequent protests and riots it has sparked 📣✊ We speak to two Maltese men of colour to hear their own experiences and see how they are being affected by this crisis 🗣

The man’s comments represent a misguided and frankly dangerous train of thought that will only increase tensions in Malta.

As the entire world tries to get to grips with the casual murder of unarmed George Floyd in America, Maltese people don’t need to do look beyond their own shores before they are faced with just as ugly a truth in their own backyard.

Have you ever faced discrimination in Malta? Let us know in the comments below or get in contact with us at [email protected]

READ NEXT: One New Case Of COVID-19 As Charmaine Gauci Postpones Bulletin