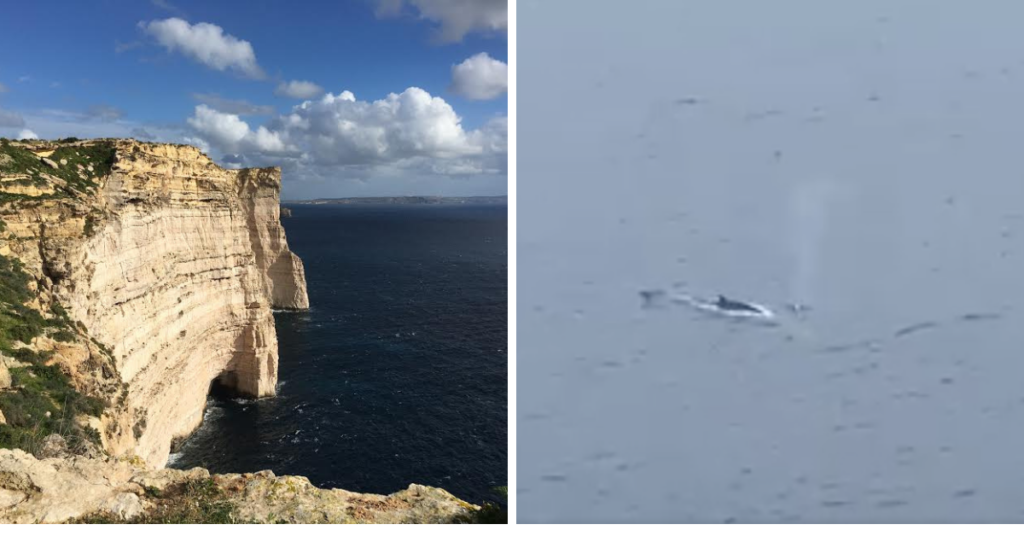 At least one whale was spotted and filmed this afternoon off the coast of Munxar in Gozo.

The video was posted to Facebook by Melania Bajada earlier today and shows a whale surfacing to breathe.

According to Bajada, more than one whale could be seen from Sanap Cliffs in Munxar.

It isn’t clear what the species of whale is, however, comments online suggest that it might be a fin whale.

Fin whales can grow to a maximum length of 26m and a maximum weight of 74 tonnes.

What do you make of this sighting?