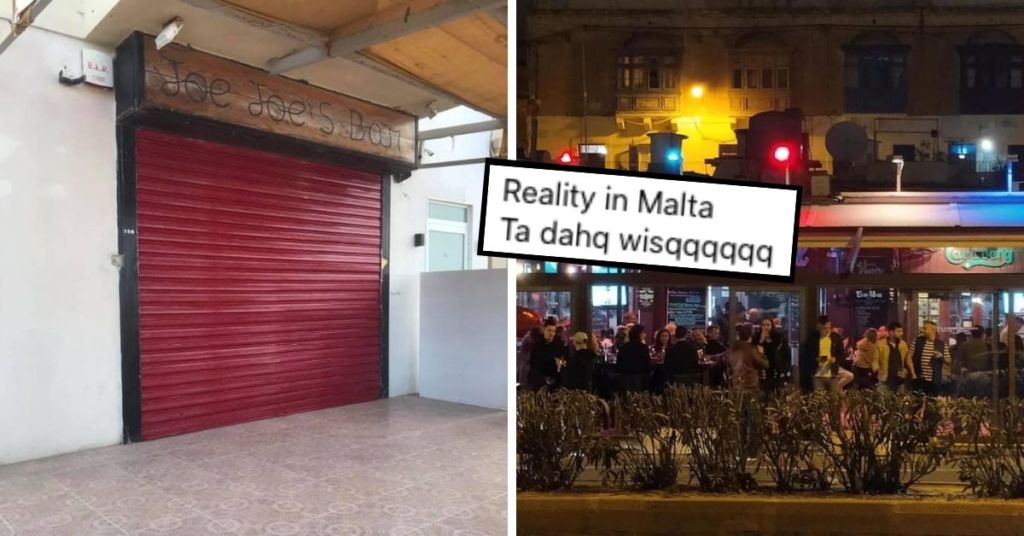 A Maltese establishment owner has reacted to images of large gatherings of revellers as his own bar remains closed.

“Reality in Malta – it’s too funny,” Gordon Borg said as he shared an image of his own closed bar, Joe Joe’s Bar, alongside revellers in the Strand, between Sliema and Gżira.

The area, which is full of restaurants as well as some hotels and residences, is a popular tourist location situated right across from the picturesque boulevard linking Sliema and Gżira.

Currently, under COVID-19 mitigation measures, restaurants can remain open until midnight, and must obey several clear guidelines, such as having tables spaced by at least two metres, as well as other essentials to minimise the spread of the virus.

In January, the government pledged to invest another €2 million to help support local commercial bars that have had to close down due to the pandemic. Each bar is set to be given up to €2,800 by the government.

However, with reports of restaurants and other establishments finding ways to circumvent guidelines – such as by serving alcoholic cocktails in cappuccino cups – more and more bar owners have been left feeling like they’ve been hung out to dry while a handful of restaurants continue to operate within blurred lines.

What do you make of the situation bar owners are facing?