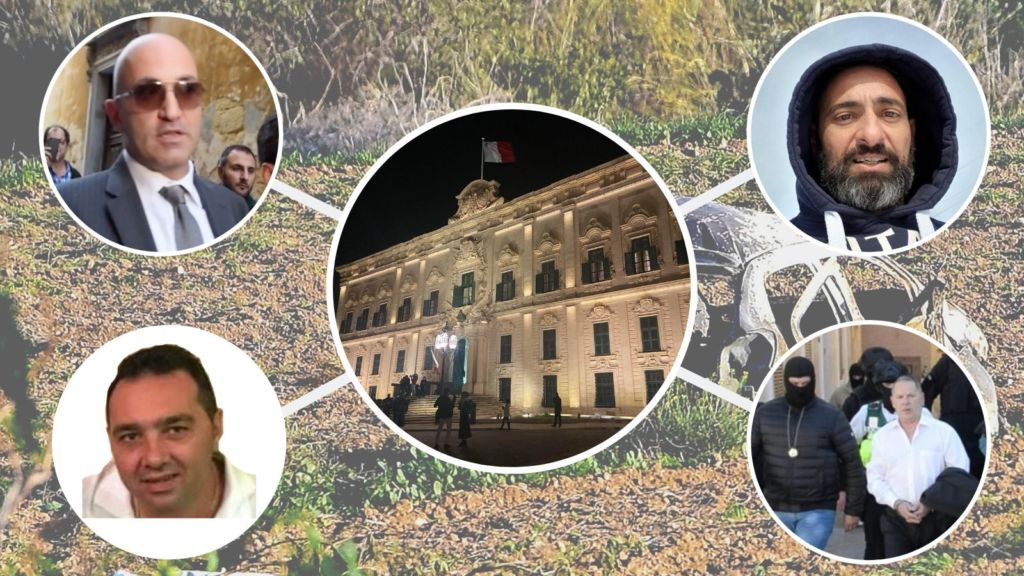 A worrying trend seems to be emerging with Malta nearing the end of the labyrinth surrounding the Daphne Caruana Galizia assassination. The road appears to be leading to the Office of the Prime Minister.

Weeks of rumour and information blackout have drawn to a close with facts finally emerging in court.

Melvin Theuma, the suspected middleman in the assassination of journalist Daphne Caruana Galizia who is giving crucial evidence in exchange for a pardon, delivered a sensational testimony yesterday.

Meanwhile, during a constitutional case this morning, Yorgen Fenech revealed the extent of his relationship with the Prime Minister’s former Chief of Staff Keith Schembri and the alleged streams of information delivered by him from Inspector Keith Arnaud.

Here’s what we know so far: An infamous meeting with “Kenneth from Castille”.

Theuma told the court that the Prime Minister’s then-security guard Kenneth Camilleri fronted the offer to bail out the three men charged with carrying out the assassination and pay the €3 million required for their release.

Theuma believes that during their discussion ‘Kenneth’ called up Keith Schembri before informing him of the €3 million bail bond offer, believed to be an attempt to buy the men’s silence.

It should be noted that Theuma’s pardon hinges on a true testimony, meaning one wrong step could see him spend time behind bars for his role in the crime.

2. Melvin Theuma got a no-work government job on a visit to Castille days after arranging the assassination, and there are documents to prove it A few days after arranging the price for the assassination (€150,000), Fenech called Theuma to tell him to expect a call from Sandro Craus, the head of customer care at Castille.

Keith Schembri greeted Theuma on the steps of Castille and took him inside of its iconic halls. This was when the infamous photo of the pair was taken.

“I still have no idea what that job was,” Theuma said.

Starting on 1st May 2017, a public holiday and the very day Joseph Muscat announced a snap election, Theuma received three or four monthly cheques, stopping around two months after the 2017 election.

3. Yorgen Fenech said Keith Schembri told him to tip off the killers six days before their arrest Theuma confirmed that Fenech tipped off the Degiorgio brothers and Vince Muscat about their impending arrests at least six days before they were in fact arrested. During the constitutional hearing, Fenech said that the information was passed onto him by Schembri.

Beyond Schembri’s alleged relationship with Inspector Keith Arnaud, the former Prime Minister’s Chief of Staff would likely have also been privy to intimate details only Joseph Muscat should have known, as evidenced by his presence at secret service meetings.

4. Yorgen Fenech mentioned Keith Schembri hundreds of times when talking about the murder

One thing is clear; Fenech and Schembri were close friends, with the former even describing it as a fraternal relationship in court earlier today.

“We’d meet twice a week go to each other’s houses and go abroad together,” Fenech said

Under oath, Fenech also said that Schembri had informed him intimately about the case, potential imminent arrests, and that his phone was being tapped.

This close relationship between Fenech and Schembri was echoed by Theuma in court, who said that “Fenech mentioned Keith Schembri hundreds of times”.

“I just worked out simple maths, and it was clear he could be involved,” he told the court.

Theuma did say that he believed Fenech was the sole mastermind since he was the one who told him to cary out the murder and who paid for it.

However, Theuma was only spurred on to write a handwritten note implicating the pair because he felt Fenech could kill him and get away with it because of his connections with Schembri.

5. The assassination plot started right before the general election, and was set in motion the moment it was over Fenech brought Theuma into the assassination plot around “two or three weeks” before the general election was announced. However, it was called off the second Muscat announced the election on 1st May.

The plot was revived once again immediately after the Labour Party won the general election. In his testimony, Theuma also revealed he had gambled €150,000 for Fenech on the election outcome and was given a 5% commission.

The dates, it should be clear, are worrying, with that election hinging on huge corruption claims beyond the Egrant story, like 17 Black, Pilatus Bank, and passport kickbacks. While Muscat was crowned the victor and cleared of his connections to Egrant, the other accusations still hang in the balance.

The Prime Minister said that he was forced to call an election a year early because Caruana Galizia’s story that his wife owned Egrant risked disrupting the economy. However, Caruana Galizia later revealed that the website domain for www.laqwazmien.com, which was to become the PL’s campaign slogan, was registered on 7th April, 13 days before she wrote about Egrant.

She warned that the election was called for one reason alone, for the government to forcibly extend its mandate in a general election ahead of an impending crisis.

BONUS: Muscat’s refusing to resign and remove his influence on investigations Prime Minister Joseph Muscat knows his position is compromised and his Cabinet does too. He’s had in-depth knowledge on the alleged mastermind of the crime and the murder’s inner workings for more than a year, all while allowing Schembri to be privy to classified information, which he has now been accused of having abused of.

Fenech had intimate knowledge of the investigation because of Schembri, providing the killers with unique access to affect its outcome. Whether Muscat was complicit or just so ignorant not to realize he was being “betrayed” by his best friend remains to be seen.

Every single day the evidence of his lack of credibility is mounting, and while he buys his time until 12th January, the world looks on concerned about his role in the crime.

Muscat has denied any sort of involvement or prior knowledge of the assassination. However, staying on to see the nation rip itself apart while a perfectly good successor in Chris Fearne waits in the wings, hints at one thing: Muscat is doing everything in his power to ensure neither he or his cronies are implicated in the crime.

READ NEXT: If You Have Any Influence In The Labour Party, This Is What You Should Be Demanding Right Now