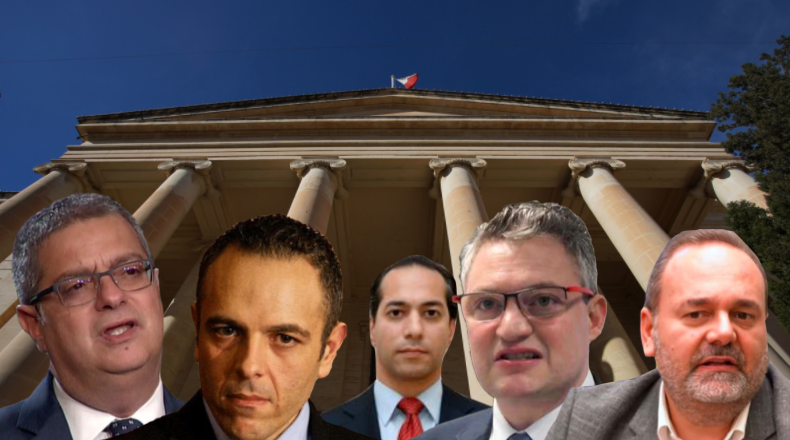 The first in a series of magisterial inquiries is over and arrests have already been made, with the courts freezing the assets of high profile individuals, most notably disgraced former Prime Minister’s chief of staff Keith Schembri, Brian Tonna and Karl Cini. But it’s just the tip of the iceberg for corruption in Malta, with more developments from major inquests expected in the coming weeks and months.

Delays from Malta’s courts mean inquiries can often take years to complete, with the public often falling victim to fatigue while scandals emerge at a rapid rate.

There are several still underway, all of which deal with high-level corruption. The waiting game, it seems, will soon be over for the many so eager to evade justice.

Lovin Malta looked into each pending inquiry and what you can expect: While Malta was coming to grips with the 2017 ‘snap’ election, journalist Daphne Caruana Galizia revealed that Keith Schembri had passed on €650,000 in kickbacks to Adrian Hillman, the former managing director of Allied Newspapers.

Soon after, then-PN Leader Simon Busuttil descended upon the courts with eight boxes in hand, which he said had all the evidence to prove the kickback claims.

Busuttil claimed that Schembri used bank accounts in Switzerland and Gibraltar, as well as Pilatus Bank, to pass the money to Hillman.

It’s been alleged that the kickbacks took place between 2011 and 2016. During that period the Times of Malta, where Hillmann was Managing Director, had invested in a €30 million printing press. All its supplies were purchased from Kasco Ltd., Schembri’s company.

Both men have denied all wrongdoing. An internal inquiry was conducted by Allied Papers and Times of Malta reached an out of court settlement with Hillman.

Following his dismissal, Adrian Hillman was handed consultancy contracts with the Malta Gaming Authority and also served as the government’s representative on the Board of Trustees at the American University of Malta. This all came crashing down once Joseph Muscat and Keith Schembri were ousted from government.

Sources have suggested the inquiry, which is being led by Magistrate Josette Demicoli, could be concluded soon. Keith Schembri and disgraced former minister Konrad Mizzi were quick to deny all wrongdoing, dismissing concerns that their offshore network could have been used for illicit activity.

That all changed in November 2018, when Times of Malta revealed that Yorgen Fenech, the Tumas Group businessman and main suspect in the assassination of journalist Daphne Caruana Galizia, was the owner of 17 Black, the company listed as a target client for Mizzi and Schembri’s Panamanian companies.

However, the issue doesn’t stop there. In 2017, a magistrate ruled that there were enough grounds for an inquiry into money laundering allegations against Mizzi and Schembri over the Panama Papers scandal.

Upon submitting his allegations to the magistrate, Busuttil was faced with a criminal complaint by Schembri, who reported the then-PN leader to the Police Commissioner accusing him of “fabrications and calumny”.

Schembri and Mizzi fought tooth and nail to halt the inquiry, winning an appeal before Judge Giovanni Grixti.

A few months later, Magistrate Doreen Clarke accepted a separate requeste from Busuttil and Republikka to open an inquiry into the issue. However, the Panama Papers issue would form part of the 17 Black inquiry. The walls are closing in on the controversial ElectroGas deal and how mounting allegations point to it being the main motive behind the brutal assassination of journalist Daphne Caruana Galizia.

It’s recently been made subject to its own magisterial inquiry, with Magistrate Ian Farrugia leading the inquest.

At the time, Caruana Galizia was sitting on a treasure trove of up to 200,000 leaked documents that if and when released were set to shake the country to its core, both financially and politically.

The 138-person guest list was filled with high-profile figures, including Muscat, his wife Michelle, Charlene Farrugia Bianco and Neville Gafa.

Electrogas’ links to the Panama Papers scandal should have been enough, with Yorgen Fenech serving as the energy deal’s main directors and shareholders.

However, 17 Black is also at the centre of a dubious deal involving the purchase of a Montenegro wind farm by Malta’s state-owned Enemalta plc.

Key ElectroGas shareholders Gasan Group recently revealed that they are pursuing an exit strategy from the project. The now-infamous Pilatus Bank is also subject to its own inquiry after the European Central Bank shut it down over money laundering allegations. The inquiry, which began towards the end of 2018, is also being led by Magistrate Ian Farrugia.

It has been at the centre of various inquires so far, including the recent inquiry involving kickbacks on the citizenship-by-investment scheme between Schembri and Nexia BT’s Brian Tonna. Arrests have been made in that case, but charges are yet to be filed.

It also played a crucial part in the infamous Egrant inquiry which found no evidence that the Prime Minister or his wife held any Pilatus accounts as had been alleged by the now-assassinated journalist Daphne Caruana Galizia.

Pilatus Bank’s owner, Ali Sadr Hasheminajad, has had his own legal battles elsewhere. Earlier this year, he was found guilty for allegedly breaching sanctions in the US. However, he has escaped prison time, with questions swirling that he could have turned informant.

The bank has faced criticism for the veil of secrecy surrounding politically-exposed-persons (PEPs).

Several top-officials held bank accounts at Pilatus, with a company at the heart of a US investigation on dirty money for Venezuelan politicians, Portmann Capital, transferring €120 million through the bank.

A network of over 50 companies and trusts secretly owned by Azerbaijan’s ruling elite also used accounts at the bank, funnelling millions into Europe. The Egrant Inquiry flagged the issue and said it merited further investigation. Months of legal battles drew to a close by the end of 2019, with a magistrate ordering an inquiry into the controversial sale of three public hospitals and the involvement of former Ministers Konrad Mizzi, Chris Cardona, and Finance Minister Edward Scicluna.

Vitals Global Healthcare was chosen as the preferred bidder for a concession operating the Gozo General Hospital, St Luke’s Hospital and Karin Grech Rehabilitation Hospital in 2015.

There have long been allegations of major corruption in the deal, with the National Audit Office finding evidence of collusion. It has been confirmed that a Memorandum of Understanding was signed between government and VGH was signed months before a request for proposals was even revealed.

The unredacted contract revealed that taxpayers were paying VGH around €188,000 a day (€70 million a year) to provide hospital beds to the state, €1.2 million a year for the Barts medical school, and a further €1 million for helicopter service.

However, just 21 months into operations, VGH was forced to sell its concession to Steward Healthcare, leaving €36 million in debt.

It took months to get the inquiry off the ground, with the ministers challenging the inquiry’s validity. It was initially approved by Magistrate Claire Stafrace Zammit but was shot down on appeal by Judge Giovanni Grixti. However, Magistrate Doreen Clarke would dismiss his arguments and order a criminal inquiry.

The three men have been accused of facilitating a “coordinated” “act of modern-day piracy”, “corruption and money laundering, among other crimes”.

Cardona and Mizzi resigned in the wake of the recent political crisis, while Scicluna remains in his role. The deal has been a key focus in the public inquiry over the Caruana Galizia murder, with each witness eager to pass on the blame to other parties. First exposed by Lovin Malta, Malta’s cabinet members were revealed to be using public funds and resources to boost their own Facebook pages instead of setting up official ministry pages.

A magisterial inquiry led by Magistrate Doreen Clarke was opened, with Inspector Rennie Stivala from the Economic Crimes Unit leading the investigation.

According to Malta’s Criminal Code, any public officer or servant who for his own private gain “misapplies or purloins any money entrusted to him by virtue of his office” shall on conviction be liable to imprisonment of between two or six years and to a perpetual general interdiction.

Prime Minister Robert Abela has declared the case declared this case “closed” because ministers were now rectifying their position according to draft guidelines prepared by Hyzler and approved by the government.

However, with millions siphoned away from public funds, it seems the case is far from over. State witness Melvin Theuma has told the court that Fenech had told him he had offered the PN a sum of money to put spokes in Casa’s re-election campaign because the MEP was hounding him over his ownership of the Dubai company 17 Black.

Ever since his arrest, Yorgen Fenech’s relationship with top echelons in government have been exposed. The Opposition has not been immune to the criticism, with PN Leader Adrian links to the Caruana Galizia murder suspect being laid bare.

State witness Melvin Theuma revealed in court that Fenech claimed he offered the PN a sum of money to put spokes in Casa’s re-election campaign because the MEP was hounding him over his ownership of the Dubai company 17 Black.

Former Prime Minister’s Chief of Staff Keith Schembri has said under oath with “100% certainty that Delia accepted a €50,000 payment, while former PN Head of Media Pierre Portelli would meet with Fenech once a month to collect €20,000.

The claim is not new, with MP David Thake first raised the issue during a Xarabank show back in June 2019, a month after the European Parliament election.

Magistrate Doreen Clarke has since opened up an inquiry into allegations following a request from police.

Leaked WhatsApp messages between Delia and Fenech have been confirmed as the “exact text” by the lead investigators. However, none of the messages so far relate to the inquiry itself.

Share with someone who needs to know about these inquiries!

READ NEXT: 50% Local: A Breakdown Of The 68 Nationalities Found In Malta's Prison