With the rollout of the new coronavirus vaccine, Malta has opened a new chapter in the fight against the COVID-19 pandemic. The last year has been defined by turbulence and tension with a government that applied a piecemeal approach to handling the novel virus.

From wage supplement schemes to prefabricated hospitals, Malta’s COVID-19 timeline involves a lot of moving pieces that impacted each and every one of us in one way or another.

This is a breakdown of how each ministry tackled the coronavirus pandemic thus far.

Following the announcement that the coronavirus had arrived in Malta, the government was quick to give public health authorities leverage over the situation and soon after announced a public health emergency.

At first, the Ministry for Health went into overdrive with the planning of a prefabricated hospital to help with the burden of COVID-19 cases. However, those plans were scrapped when cases dropped over summer to an all-time low.

The hospital was set to treat up to 90 patients and feature six intensive care units, 70 ventilators and a mortuary.

However, a former faculty library and lecture halls at the University of Malta were indeed turned into temporary hospital wards, which haven’t been used yet but which remain on standby in case the situation aggravates.

With a public health emergency declared, the Superintendent of Public Health, Charmaine Gauci, was given overarching powers and Malta went into a quasi-lockdown. A total of seven testing centres were erected across the island to carry out mass testing of people who had symptoms of the virus and who had contact with people who tested positive for it. Malta became one of the top countries in the world in terms of tests per capita and its healthcare system was labelled as one of the most trusted in the whole of the European Union.

But all this put a heavy burden on the limited healthcare workers available who were struggling under the weight of the growing pandemic.

The health authorities’ biggest achievement so far is having procured consignments of the new COVID-19 vaccine, as part of an EU joint procurement strategy, before the beginning of next year.

A total of 10,000 doses have arrived in Malta so far with a promise of more in the future and around 1,400 people have been vaccinated so far.

However, the COVID-19 vaccine wasn’t the only success story of this year. Malta also doubled its stocks of influenza vaccines for the season.

Ministry for the Economy

In addition to the threat of a public health crisis, the pandemic also brought with it major economic repercussions, requiring the Ministry for the Economy to step in to secure jobs, businesses and livelihoods.

The most important action taken by the Economy Ministry was the introduction of several stimulus packages.

The packages introduced a wage supplement scheme that provided up to €800 in government aid per worker for the industries impacted the most by the pandemic.

The scheme has been extended to March 2021.

Other measures were also introduced to protect people’s livelihoods like the introduction of a six-month moratorium on loan repayments which came into effect by legal notice on June 30th.

One of the most welcomed incentive was the introduction of the €100 government vouchers given to the general public to be spent on businesses that had to close down due to the pandemic. The joint scheme with the Tourism Ministry proved to be so successful that the government is introducing a second set of vouchers expected to arrive this month with more emphasis on retail spending.

The scheme stipulated that business with one leased outlet may claim up to €2,500 while businesses with two outlets may claim up to €4,000 so long as between 10-19 of their staff are receiving the wage supplement.

Most recently, Prime Minster Robert Abela announced that the government will be allocating €1 million to bar and każin owners as an assistance measure after they were told they wouldn’t be allowed to open until 1st February.

A total of 10,692 applicants applied for a scheme introduced by the Social Solidarity Ministry that covered social security contributions amounting to a total of €10.25 million.

The benefits were given to those most impacted by the pandemic, including those who weren’t able to report for work, those working from home due to medical conditions or disabilities and parents who had to work from home in order to take care of their children, who were out of school.

The responsibility of elderly people homes fell under this ministry before a recent Cabinet reshuffle gave them its own ministry.

These care homes also faced a new of restrictions. At first, visits were restricted to two visitors per resident but shortly after they were banned entirely barring exceptional cases.

One of the biggest industries impacted by the pandemic worldwide was undoubtedly tourism.

Like most countries around the world, Malta shut down its ports for several weeks in an attempt to curb the spread of the virus. The decision to do so received mixed reactions but its re-opening proved even more divisive.

The Tourism Ministry pushed hard to advertise Malta as the safest destination in Europe over summer with Julia Farrugia Portelli even appearing on BBC to vouch for the country as COVID-19 free travel destination with a set of mechanisms to ensure any virus cases will be contained.

However, Malta quickly found itself knee-deep in the second wave of the virus. Many pointed their fingers at mass events, and the Tourism Ministry’s decision to promote them, resulting in yet further restrictions being applied on the already-struggling businesses relying on the tourism industry to stay afloat.

The Tourism Ministry was instrumental in setting up the €100 government voucher scheme and was tasked with the sanitisation of the public spaces which it carried out on a frequent basis.

Lastly, all restaurants that were found to be complying with COVID-19 regulations received a compliance sticker by the Tourism Ministry and were subject to regular inspections.

Malta’s Education Ministry had its hands full trying to strike a balance between online and offline learning with pressure coming from a number of stakeholders including teachers, unions, parents, and students.

In the beginning of the pandemic, schools were closed and all classes shifted online – a huge logistical and human resource operation that was ushered in quickly and with no long term plan in sight.

After summer, the Education Ministry once again embarked on the monumental task of re-opening schools with a mixture of both online and offline learning. 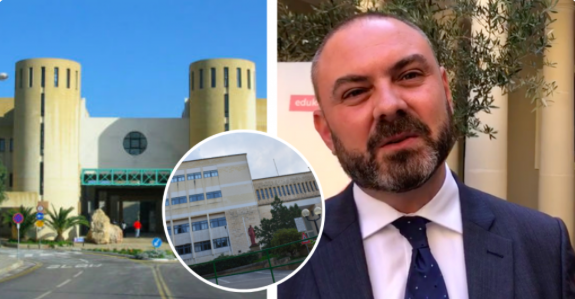 It was a costly task, with roughly €26 million spent, and introduced measures such as a quarantine room, class bubbles, mandatory facemasks, perspex, hand sanitizers and more.

Government and church schools opened a week later than expected with an extension given in order for teaching staff to familiarise themselves with the various protocols and measures.

In one particular case, a Santa Lucia kindergarten opened a month after all other schools due to delays brought on by COVID-19.

Despite initial fears that the re-opening of schools would result in a spike in cases, the situation has remained stable and not a single school has had to shut down due to a COVID-19 outbreak so far.

The Ministry for Agriculture offered up to €1.5 million in financial aid to help farmers cope with the economic impact of the COVID-19 pandemic.

The scheme aimed to help more than 4,800 farmers and was financed through a €4 million aid allocation.

Ministry for the Arts

After months of being left in the dark, the arts sector finally got support from the Ministry for Culture following a backdate of the COVID-19 supplement wage scheme.

Up until December, performing artists only received €600 a month as part of the aforementioned supplement scheme.

Due to the lack of attention given to the arts industry, an association was established to support local entertainers and performers.

Following talks with Enterprise Minister Miriam Dalli, Culture Minister José Herrera and the Malta Entertainment Industry and Arts Association, the decision was taken to increase the amount of support to the full €800 monthly pay.

Throughout the pandemic, law enforcement agencies were tasked with ensuring that the public complies with the new mitigation measures, including social distancing, wearing face masks in public and undergoing a two-week quarantine period if you test positive for the virus.

Fines ranging from €100 to €3,000 were issued in accordance with the violation. As of 15th December, a total of 5,205 fines were issued by both LESA and the police for people who were not wearing masks. 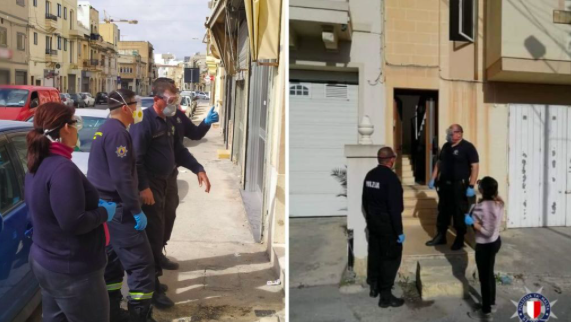 Oftentimes, police could be seen patrolling the streets to enforce the new measures.

The Home Affairs Ministry also had to deal with an outbreak of the pandemic at the Kordin prison facility where a rigorous cleansing regime was instituted, keeping coronavirus cases inside the four walls to a minimum.

In March 2020, the Ministry for Justice took the decision to suspend all court proceedings, expect in urgent cases.

Although the decisions made by Justice and Equality Minister Edward Zammit Lewis, it was in the hands of Superintendent of Public Health Charmaine Gauci to revoke the legal notice.

They eventually reopened with social distancing and mask-wearing being enforced inside the building. Moreover, only half the courtrooms could be utilised. 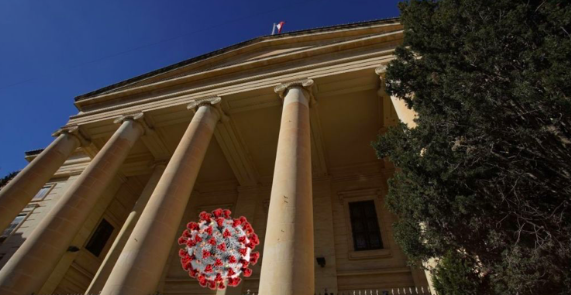 However, this didn’t stop cases from creeping through. In October, a defendant was found to be COVID-19 positive following a sitting.

Ministry for Environment and Planning

Like most things in 2020, the Planning Authority continued to conduct its public meetings online.

The move resulted in an incidence of censorship and the eventual removal of PA chairperson, Simon Saliba.

In July 2020, a group of 11 environmental NGOs called for Saliba to resign after he cut off a Graffitti activist’s microphone during an online meeting which ended with the approval for 18 apartment flats to be built over a site where cart ruts are present.

The NGOs warned that Saliba had repeatedly shown disrespect for residents and other objectors during Planning Authority sittings, “openly and aggressively siding with the developers instead of fulfilling his role as an impartial judge”. The rollout of the new vaccine is just the first step to recovery. The next few months will be defined by government action or inaction to ensure that Malta emerges from the pandemic with as little bruises as possible.

What do you make of the ministries’ actions so far?