As Malta discusses various ways to reform its current cannabis laws for the better, an academic from a neighbouring country watching developments wanted to explain just exactly why prohibition of any drug leads directly to the strengthening of the black market.

Professor Marco Rossi is an economist and lecturer at the Faculty of Political Sciences, Sociology and Communication at Sapienza University in Rome. He’s published a series of work on the links between the black market, organised crime and cannabis prohibition policies.

Lovin Malta sat down with Rossi to see what Maltese policy-makers need to keep in mind as the island approaches a potentially major reform.

LM: What role do prohibition policies have in allowing the black market to grow within an economy?

MR: Generally, cannabis prohibition moves the cannabis trade into the black market. The historic evidence shows that prohibition does not significantly alter the trend in demand volumes.

This already happened with alcohol prohibition in the USA, and it seems that it also happened with cannabis. The shift of trading from the (suddenly prohibited) market to an illicit one is known as the ‘balloon effect’ and is acknowledged as an ‘unintended consequence’ of prohibition.

The size and relevance of this illicit market depend on the volume of cannabis demand. Where, as in Italy, cannabis consumption prevalence rate is high, the weight of the prohibition-induced illicit market may be economically significant. In Italy, the revenues coming from the illicit cannabis trade are estimated to be about two to four billion euro per year.

If these revenues are used to fuel criminal activities, they may be an indicator of society’s welfare loss.

Moreover, prohibition implies that cannabis traders cannot use the legal system to enhance their property rights.

In particular, when it comes to the street dealer’s market, there may well develop an asymmetric understanding of cannabis quality which favours the sellers. In a classic agency model, this asymmetry may cause an adverse selection process, which leads to market failure where the lowest quality cannabis is supplied by the worst pushers.

The role of immigrants in street dealing is also relevant.

An immigrant street dealer’s distinctive features make their trade very evident, and this evidence could induce overestimations on the role of immigrants in the cannabis trade, supporting xenophobic valuations.

The role of organised crime is very important at the wholesale level, as criminal organisations exploit their economies of scale in smuggling cannabis in Italy from Albania and Morocco.

But the role of criminal organisations in street selling is limited, as many street dealers are not ‘gangsters’, but they operate on their own. Although, in the areas where organised crime controls any illegal activity (as in the south of Italy), retail cannabis distribution is also controlled by organised crime. LM: Some of the illicit cannabis in Malta comes from Italy – in your research, have you ever come across the link between the Maltese and Italian markets?

I’ve never studied the specific link between the Maltese and Italian markets. But, given their geographical proximity, it may be that Malta is along the route of Italian cannabis smugglers, or, it may be that Maltese organised crime is not so well structured as the Italian one to carry out international smuggling. So, Maltese retail sellers may rely on the Italian wholesale market.

LM: What do the two markets have in common?

LM: More and more countries are discussing decriminalisation or legalisation of cannabis – what effects will this have on the black market?

Theoretically, if cannabis demand is unaffected by cannabis’ legal status, trade moves from one market to the other according to the regulation changes.

Historically, the trends in consumption did not increase after alcohol legalisation in the USA. Neither after the cannabis tolerance policy adopted in the Netherlands in the 70s.

In these cases, after legalisation, the volume of trading in the black market decreased dramatically or fades away (nowadays, in the USA, alcohol smuggling is negligible).

In the case of cannabis, it appears this substitution is not full, as a residual black market is still active in the countries where cannabis was legalised.

This black market resilience may be due to an insufficient legal supply (as is the case with therapeutic cannabis in Italy), or because of the social supply of cannabis among friends and/or home-grown cannabis.

An important result of cannabis legalisation is the separation of the cannabis markets from the market of other illicit substances. In the black dealers’ market, supply is profit-oriented, so the sellers try to push the potential buyers to buy their cannabis, and other-than-cannabis illicit substances.

With legalisation, the cannabis market is isolated, letting cannabis users not be tempted to buy other illicit substances from those locations.

Ironically, this market separation brought about by legalisation, the supposed “gateway effect” of cannabis towards harder drugs use may be reduced. LM: What effects would legalisation have on the wider economy?

The effect of legalisation on the wider economy may be multiple and significant.

First, I hypothesise that if the cannabis market was regulated like the tobacco market currently is – that is, production and distribution through authorised agents – overall, the demand is contained by applying a ‘sin tax’ on its selling price.

If this tax rate is the same as the mark-up currently applied by the pushers, we can get the same selling price, so we can neutralise any price effect of legalisation on demand, whose volume, after legalisation, would be the same as before.

If, after ‘cum-tax legalisation’, the volume of use is unaffected, from a national budget perspective, the regulation change would imply a saving on the cost of implementation (in particular: jail, courts and police resources that could be otherwise used) and a fiscal income from sales tax.

This is the double dividend of regulating the market by an optimal corrective tax like the one above: while containing the demand by prohibition is costly, a sin tax is equally effective to contain demand (first dividend), but, moreover, its implementation accrues to the national budget a fiscal revenue (second dividend), which can be used to promote social welfare.

In simple words: economic theory suggests that taxing is better than prohibiting. By applying an optimal sin tax, we could contain demand as well as prohibition does, but, by using a sin tax, we can also benefit from a fiscal revenue, while, the implementation of prohibition is costly.

Legalisation would make legal guarantees available, reducing adulteration and disputes among cannabis traders. This could benefit users’ safety and reduce the social alarm caused the black market violence. On national account terms, cannabis legalisation would permit its import substitution, and, eventually, its exports could improve the national trade balance.

The Dutch coffee shop system of distribution developed in the 80s employed about one worker per one thousand yearly users.

Note that his kind of regulation (the Netherlands in the 80s) is very different from the one suggested above. The Dutch coffee shop cannabis market in the 80s was more like a free market, without a sin tax. In the short run, this regulation permitted an increase in cannabis demand (particularly by foreigners), and, in the long run, it caused a social alarm that induced some local authorities to restrain the coffee shop business. 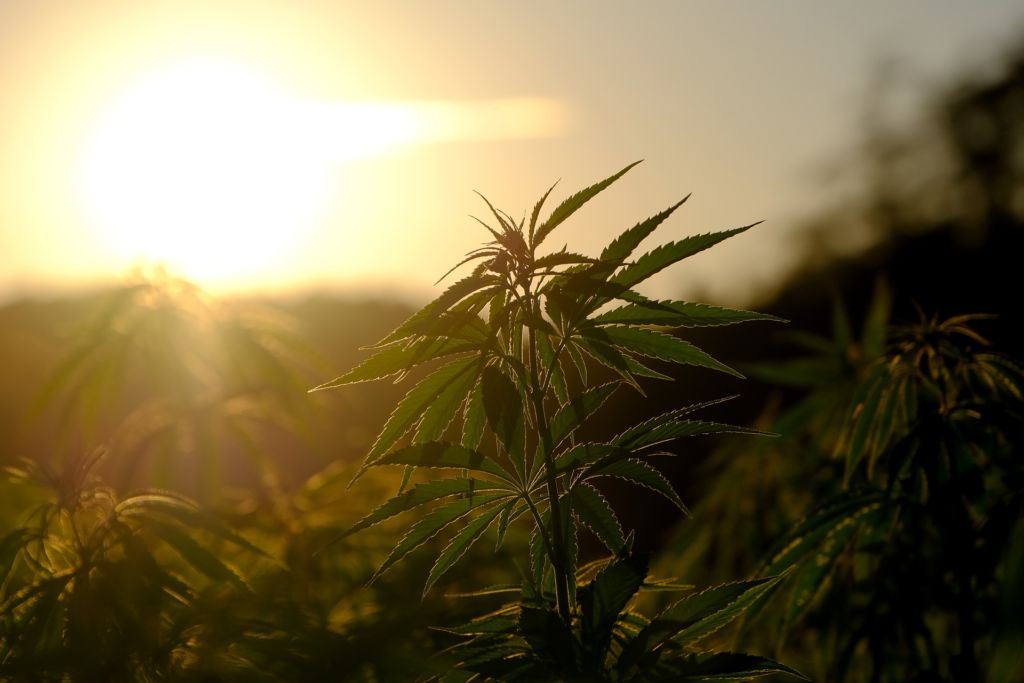 LM: Are smugglers and drug traffickers looking forward to seeing cannabis legalisation in countries they operate in?

As far as I know, drug traffickers do not support legalisation because, if cannabis was legalised, they would lose this profit opportunity. Actually, the tax-exempt mark-up applied on cannabis street selling price is about 100%, while, after legalisation, the rate of profit would be lower, and these revenues would be taxed too. Moreover, the abilities needed to run an illicit business are not the same as those needed to run a licit one, so that it is not obvious that the current “pushers” would (and would be able to) run a legalised business.

LM: What could happen to the economies in Mediterranean countries like Malta if cannabis is legalised?

Marco Rossi will be presenting a video during the first-ever conference on recreational cannabis organised by a Maltese MEP. Rolling Into The Future will be streamed on Lovin Malta’s Facebook page on 19th April – follow it there.

Do you think Malta’s cannabis laws need to be reformed?