Give us your ideas, the Nationalist Party cried out to disillusioned people recently as part of an online campaign urging voters to join the party and “be the change”.

And so some people did.

The PN’s new website includes a section where registered users can propose ideas directly to the party, with the party pledging to reply to them.

“We have always believed in empowering citizens to improve the common good. That’s why your ideas are so important,” it said. “We want to turn these ideas into reality.”

Here are some of the best proposals the public has put forward which the PN (or other parties) should adopt as their own. 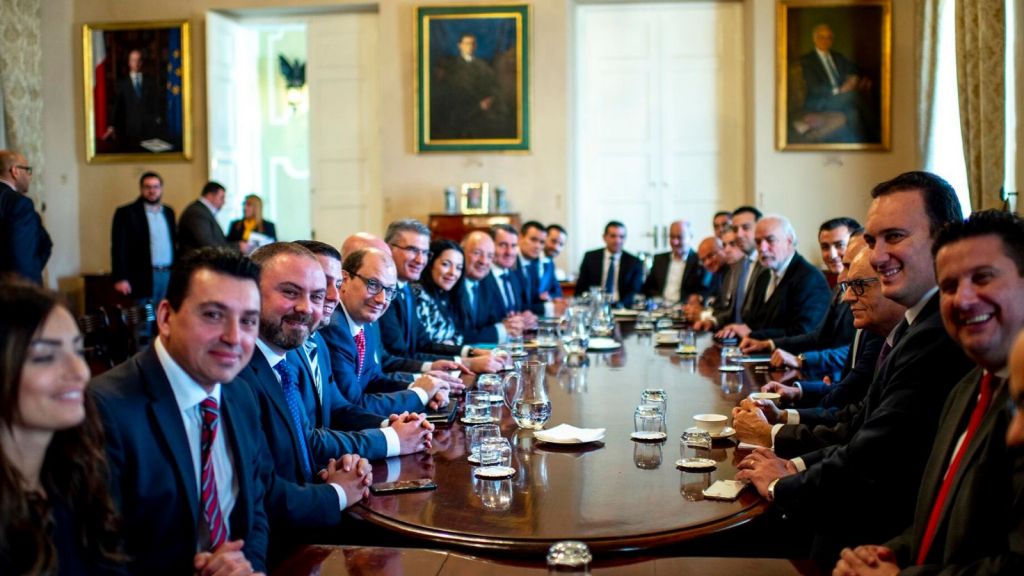 This proposal by Philip Micallef calls for the government to declare the agenda of its Cabinet meetings, with the Prime Minister giving the press a one-hour summary of proceedings afterwards.

Micallef added that this principle of government transparency should extend to authorities publishing abridged versions of their board minutes online.

“Let us not forget that authorities are public bodies and there should be no secrecy,” he said.

Mark Borg has called for healthcare workers and teachers to be given a salary increase, as well as an exemption on income tax.

Despite their absolute importance of both sectors, they have been left short-staffed, with several youths opting for career paths that are more financially rewarding. A serious salary raise should definitely be on the table.

Martin didn’t mince his words when he warned that both PN and PL are manipulation commercial markets through their respective media companies Media.Link and One Productions.

“Let’s look at you and Media.Link Communications. You haven’t published your accounts in over a decade, you have massive dues that you are struggling to keep up with and then you move money from political donations into this company to make up for the commercial shortfall,” he warned.”

“You use your position as a political party to run a commercial enterprise in a way that no private entity could – that is market manipulation.” 4. A clear stance in favour of reproductive rights

Three people separately urged the party to take a clear stance in favour of the decriminalisation of abortion.

“It’s unacceptable for women to be treated as criminals when they try taking control of their health,” Natalie Psaila from Doctors for Choice said.

“Women are going abroad for terminations when pregnancy impacts their health, when there are fatal foetal abnormalities, when they’ve been raped (they happen far more often than you’d think) and more.”

“I’m one of the Doctors for Choice and I volunteer for the FPAS helpline. I hear plenty of horrific stories and they happen frequently. We get requests for information about abortion at least once a day with a vast range of reasons including domestic violence, health problems and dire financial situations.” 5. Incentivise people to use the bus instead of the car

Rather than forcing cars off the road or introducing new taxes for car owners, Mario Magro called for incentives for people to use the bus instead.

This could work through substantial savings on license fees for drivers who register low mileages and high usage of the Tallinja card.

Former Prime Minister Joseph Muscat had proposed something similar a few years ago, for people to literally get paid for using the bus, but this plan never materialised.

Although Opposition leader Bernard Grech recently said that he has no intention of updating the local plans which guide development rules, Malcolm Portelli urged him to reconsider.

“We should be looking at the current local plans of the island and re-work them to safeguard what little green areas we have and be smarter with the way we develop,” he said.

“These new local plans should be the skeleton plan for the next 50 – 100 years, with only minor review and amendments allowed every 10-20 years due to any major changes that might arise.”

Johann Zahra urged the PN to advocate for more court transparency, starting with the most famous case of the decade – the assassination of Daphne Caruana Galizia.

He said the upcoming trials should be broadcast online, in what would be a first for the Maltese justice system.

READ NEXT: Who Is John Dalli And What’s This €60 Million Bribery Case All About?