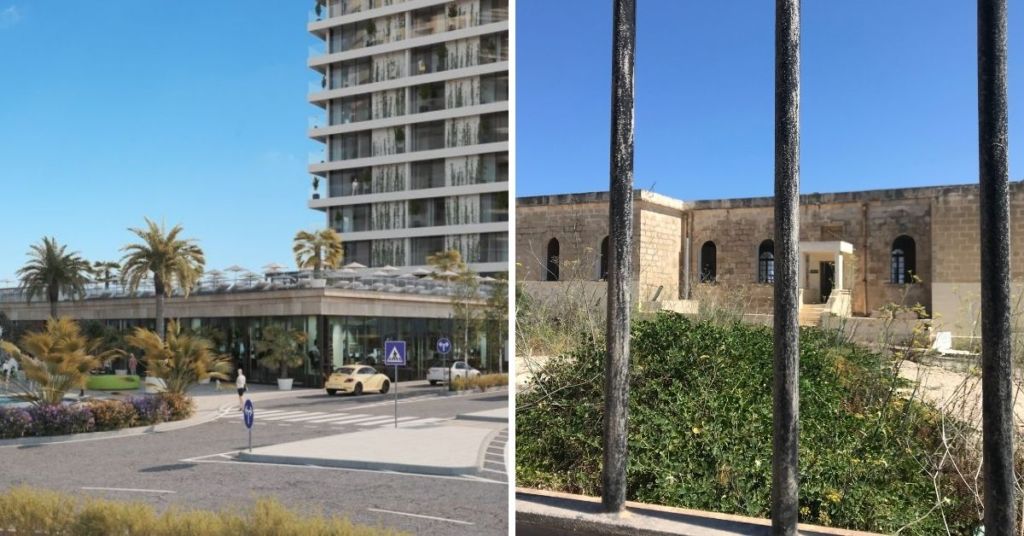 “Boycott Starbucks! Don’t buy as much as an onion ring from Hard Rock Cafe!”

Social media has been awash with calls for a boycott of the db Group’s businesses since the Planning Authority approved its massive City Centre project in the heart of Pembroke.

Clearly many people feel frustrated at the absolute lack of power they wield over the future of their own communities and want to reclaim even a little of it.

Boycotting a business and telling everyone that you’re boycotting it can feel cathartic, but is it effective?

If the plan is to bring db to its knees by popular action, that will require a critical mass of several thousands of people to be on board over a long and sustained period of time.

Walking past Starbucks’ Sliema outlet yesterday afternoon, one could see that literally every single table was occupied – by Maltese and foreigners alike – and people were walking in to buy drinks for takeaway.

It certainly didn’t look like Starbucks was feeling the effects of a boycott, and this at what should be the peak of public anger against the City Centre project. If it’s not working now, it probably won’t work in a few months’ time. However, if the plan is not to punish db but to force change, then it can only work as part of a much wider political strategy.

First of all, the message must be that businesses should have a social obligation to their communities. Businesses tend to be very PR-conscious about their brand and can be pressured to change their operations and projects through critical publicity – even db has changed its project from the original proposal, although many people believe it’s not enough.

But at the end of the day, db, like all businesses, is driven by its own private interests to grow and make money.

It is the government that is supposed to defend the public interest through the publication and application of legislation and rules, as well as the Opposition through scrutiny of the government.

In the case of development, the government must ensure that businesses are allowed to grow and compete with each other on a level playing field while at the same time safeguarding the environment and the rights of communities. It’s a tricky balance that keeps on changing through time, and no matter which way you slice it, any decision will annoy and anger people.

However, the power is in their hands – if the government via the Planning Authority had resisted the db’s City Centre project, then the project would not have gone through.

If the Opposition had mustered enough resources and energy to combat the project instead of sitting pretty on the fence and leaving the fight to brave groups like Moviment Graffitti, then things might be different now too. And let’s be honest, the problem is not just City Centre. You don’t need to be an architecture expert to realise that something is not right in the way development is taking place in Malta – ugly buildings are going up left, right and centre and the natural environment is being eroded at a shockingly fast rate.

Yet despite their criticism of projects like City Centre, no mainstream politician seems keen on actually solving the problem by proposing changes to the local plans, which dictate what people are allowed to build and where, and the planning laws.

The problem is twofold.

If overdevelopment is going to be curbed through changes in the planning laws, then several people and businesses will lose all or some of their current rights to develop their land and property. They will lose the right to get richer.

And people who intend to utilise these building rights are highly unlikely to vote for a political party that is proposing to get rid of them; in all likelihood they will vote for the party which campaigns to keep them.

So the only solution would be to create a wave of serious resistance, with people straight out refusing to vote for political parties unless they publicly endorse concrete proposals to amend the planning laws.

Of course, it’s a tough ask – as it stands, neither major political party has proposed any changes to the planning laws while the smaller parties are extremely ineffective and unpopular. A render of the proposed City Centre project

The second main root of the problem is that political parties don’t only act in the public interest but in their own private interests too.

Whenever a party accepts funds from a business group to finance their election campaign or sustain their propaganda TV stations ONE and NET, they are essentially entering into a business relationship with that donor.

Businesses don’t finance parties out of political conviction but because they want to place that party in their debt, a debt that will have to be repaid somewhere down the line in a manner that will be financially profitable for the business.

It could be a promise to give them public land on the cheap, award them a tender through corrupt means, change the planning laws in a way that favours them, or close a blind eye when in opposition.

In fact, the National Audit Office had raised serious questions about the way the government had transferred the land to db Group in 2015 following a request for proposals for the design, construction and operation of a mixed tourism and leisure project on the former ITS site.

And db had famously asked the PN to refund the money it had donated for salaries as the party was criticising its City Centre project.

We don’t know whether db, or other big businesses for that matter, are still financing PN or PL as the party financing law doesn’t cover money paid to ONE and NET but we do know that both parties are still receiving large donations.

Still, people can demand better from their political parties and refuse to vote for them unless they’re transparent about the money they receive from big business.

This kind of resistance is possible; after all, lobby groups often use their collective power to force political parties to change their policies.

If parties realise that there are several votes to be lost by pandering to big business, then change will start happening.

Again, it’s not an easy task, especially since many people aren’t single-issue voters, but political parties rely on grassroots support for their very existence and if critics of overdevelopment organise themselves into a strong lobby group they will be unable to ignore them.

And this kind of popular action, sustained over a long period, will be way more influential to change the way development takes place than few social media calls for a boycott of Starbucks.

READ NEXT: Malta, We Need To Talk About Our Identity