Should Labour apologise for the sins of its past? Maybe.

Would an apology from the Labour Party really atone for the sins of its past? Probably not.

An apology is a fair request after all that’s happened, but the PL’s reluctance to acquiesce is understandable. After all, the vast majority of people who have called for a public apology so far aren’t people who feel conned and betrayed by the PL’s response to the scandal but people who never believed Joseph Muscat’s narrative to begin with.

In this sense, they don’t need the PL to apologise to make sense of their conflicting thoughts and emotions but desire the apology as a final admission that they were right all along.

The Nationalist Party has taken it a step further – an apology from the PL should be the first of many steps that should naturally culminate in the people “turning a new page” by electing the PN to government.

Labour is hardly likely to prostrate itself in front of its rivals, hand them over the keys of government and beg for mercy, so how will things develop?

Well, NET will probably question ministers one by one and ask them whether they believe an apology is in order and the ministers will probably retort with calls for the PN to apologise for their own past.

Eventually someone will mention something Eddie Fenech Adami told a mass meeting decades ago, someone will bring up Żeppi l-Ħafi and if the PN gets lucky, Evarist Bartolo might write a cryptic early-morning Facebook post or two.

Finally, Prime Minister Robert Abela will rally the troops in his Sunday speech and tell PL supporters they have nothing to be ashamed of, that he’s proud of his socialist principles and that they should be just as proud as he is. There were bad apples in the party, just like there are in every large group of people, but he’s weeded them out and implemented landmark reforms.

No Prime Minister has ever been more committed to good governance as he is, the institutions are doing their job, and the PN is just desperate for power, he would assumedly continue. And so we’ll end up back to square one which is a crying shame, because if ever the Labour Party (and Malta in general) needed a deep period of political reflection, it’s now.

The truth is that the PL aggressively defended Mizzi and Schembri for several years despite the writing being on the wall, even when clear contradictions emerged in their versions of events and when 17 Black and Macbridge were named as their target clients.

Daphne Caruana Galizia, the journalist who broke the Panama Papers, suffered the worst brunt. She was mocked, her work undermined and her face plastered on a PL billboard as pulling PN leader Simon Busuttil’s strings. She was later assassinated, with the main suspect named as the person who owns 17 Black.

PL politicians could have imposed enough internal pressure on Muscat to get rid of Mizzi and Schembri, but they didn’t, and the reason they didn’t is probably the same reason they aren’t leading the charge for a public apology now.

This is what happens when every aspect of politics, from Panama to the pandemic, is reduced to a zero-sum game of power.

Its people will learn not to speak out on the grounds that doing so can only help the other side. Every sniff of dissidence will be pounced on by the other side’s media house as a sign of cracks forming in the surface and will be interpreted as a sign that your party isn’t fit to govern, while theirs is.

If you step out of line, you will be sidelined, insulted and labelled a traitor by your own supporters. Your party’s media house will ignore you if you’re lucky and smear you if you’re not. You can forget all the great plans for the country because you’d have just committed political suicide.

Just look at what happened to Marlene and Godfrey Farrugia.

So you learn to compromise with the truth for the sake of the ‘greater good’ and master the art of tu quoque fallacies to assuage your own conscience that criticism is just coming from a place of hypocrisy.

In truth, is it even at all surprising that so few people within PL publicly criticised Mizzi and Schembri while they were in power, let alone question the man who led them to historic electoral triumphs after years in the wilderness of Opposition?

While an apology from PL would be a powerful symbolic gesture that it’s truly committed to turning a new page, it’s unlikely to make much of a difference in the grand scheme of things.

First up, the PL should tackle the immediately pressing issues. It could include an apology, but more importantly, it must include an unequivocal stance against corruption and theft of public funds by openly calling for an investigation into all public contracts that Mizzi and Schembri had a part in.

It should also call for an investigation into who owns the elusive Egrant, to put the matter to rest once and for all.

The PL should then commission an internal investigation into what went wrong, with recommendations moving forward, just as the PN had carried out its own internal analysis following its crushing 2013 electoral defeat.

This shouldn’t be an exercise in shame but a genuine attempt at finding out how and why the party refused to question the powers-that-be, even at the cost of concealing potentially serious crimes.

For the sake of transparency, this investigation should include a public grilling of Joseph Muscat and Robert Abela, perhaps even with the participation of journalists, which should take as long as required. The final report should be published in full. 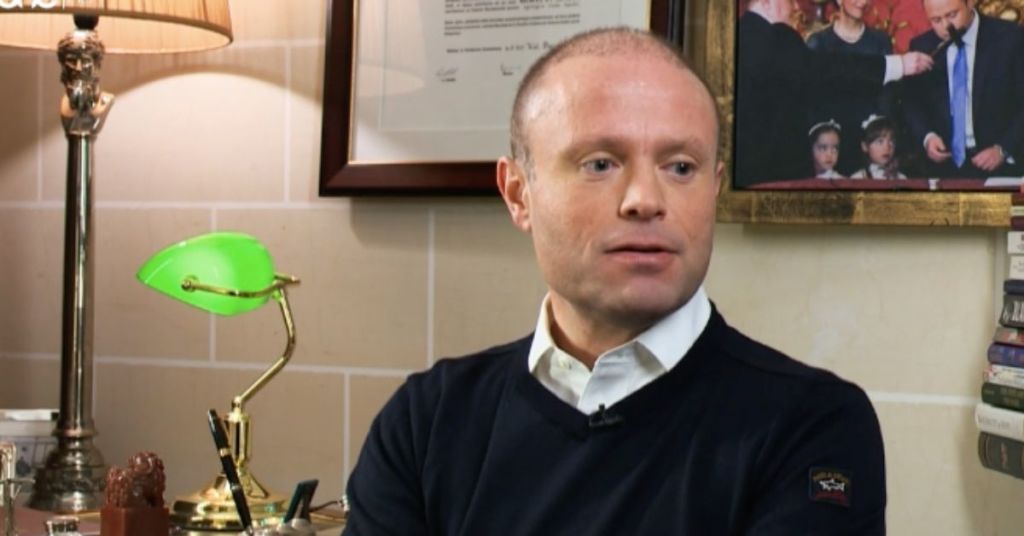 Finally, the PL should do what it sometimes does very well and draft a set of forward-looking proposals, but this time to improve transparency and the country’s democratic structures to ensure that what happened in recent years never repeats itself.

Proposals should include the divestment of its party media house ONE as part of a bipartisan agreement which would see the PN give up its ownership of NET.

The PL should realise just how toxic political discourse can get when propaganda stations enjoy so much dominance on the nation’s airwaves, how their raison d’être is to portray reality as an eternal battle between blue and red and foster the kind of tribalism that both the Prime Minister and Opposition leader have publicly said they’re against.

The PL should also propose the introduction of more checks and balances in Malta’s democracy. The Panama scandal exposed how easily the government can subvert institutions, making them serve their own political wishes rather than their own duties to the nation.

Keith Schembri and his accomplices were only charged in the first place because Simon Busuttil decided to use a rarely-used legal instrument which allows citizens to trigger magisterial inquiries. Had he not done so, it could well be that police would never have acted.

Robert Abela has changed a lot already but more needs to be done to ensure accountability, not just by following the recommendations laid out by Moneyval and the Venice Commission but by assessing whether the country’s institutions should be updated to reflect Malta in 2021.

This could mean strengthening Parliament’s resources to ensure MPs can summon public officers if they have any questions for them about their action or lack of action.

If public officers know they will be scrutinised in public if they don’t do their jobs properly, it could well discourage omertà and clientelism, two of Malta’s biggest sociocultural problems.

It would also mean creating more checks and balances in the eventuality that corruption hits the core of government in the future. This could include finding ways to strengthen independent media, reforming PBS into a media house that doesn’t just repeat what the political parties say, and revamping the setup of the Broadcasting Authority so that its board members are no longer chosen by the parties, but by civil society and media bodies.

PL should also develop proposals for the courts, such as the assignment of magistrates purely to magisterial inquiries and the live-streaming of major cases to the public, as well as for PBS, to ensure it doesn’t just report verbatim what the government and Opposition tell it to.

And it should also initiate a national discussion on potential electoral reform. Malta remains the only EU country where only two political parties are represented in Parliament. Small parties are hugely unpopular here for various reasons, but could people be encouraged to form serious alternatives to PL and PN if they’re ensured of a more level playing field? Change and reform doesn’t have to mean the PL being replaced by the PN but rather the PL capitalising on its position of electoral strength to drive the country forward. The ‘new page for the country’ that the PN is going on about can actually be turned over by the PL, if it plays its cards right.

This is a moment of truth for the Labour Party, and its politicians have a choice. They can either regroup, reflect in privacy, and try and weather the storm while smiting down critics and isolating dissidents, or they can use their failure to keep the government to account as a playbook for what needs to change.

One path will mean that national wounds will never fully close in our lifetime; decades from now we’ll still be talking about Panama, 17 Black and Macbridge, as we now talk about Żeppi l-Ħafi and the political events of the 80s.

The second path will probably cause some short-term pain but will result in a more self-aware, accountable, and transparent Malta, perhaps even ironically the ‘Second Republic’ Joseph Muscat had been talking about for years.

How do you think the Labour Party should reform itself?