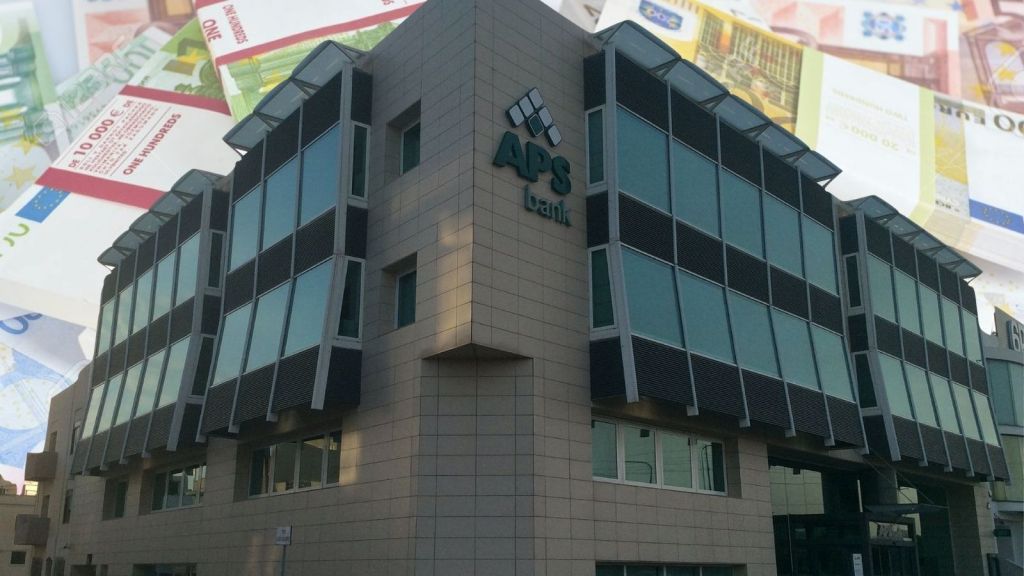 APS Bank plc has decided to apply to MFSA to issue subordinated bonds for €50 million in order to shore its regulatory capital. To date, this is the largest issue of such bonds in Malta. Presentations to stockbrokers have already been made and some stockbroking firms have already put their sale teams on full alert and started sending mail-shots.

And that takes us to the last financial crisis of 2008 when governments and regulatory authorities were caught by surprise. Banks and other financial institutions risked falling like dominoes, except that they were too big to fail in the economic environment in which they operated.  Inevitably these systemically important economic operators had to be bailed out in the public interest by the State in order to avoid precipitating much worse woes on the general economy.

These bail-outs amounted to hundreds of billions and were all funded from the public purse. Bailing-out implied a moral hazard as these banks were effectively salvaged by the innocent taxpayer instead of being punished for their irresponsible and speculative behaviour.

After the financial crisis, governments – spurred by the G20 – resolved to make the necessary reforms to ensure that in future crises, these public bail-outs would not have to be repeated.

One of the main measures adopted was ensuring proper capitalisation of banks when compared to their risk-weighted assets, a measure adopted progressively over a number of years.

Another measure of reform designed to remove implicit government support in such situations was to ensure that in future where a financial institution is recognised as no longer viable and a threat to the stability of the financial system, the loss would be borne by the various stakeholders in the bank: bail-ins rather than bail-outs will be the order of the day.  At an EU level, the first attempt was achieved in 2014 when the Bank Resolution and Recovery Directive, known as BRRD, was enacted and came into effect.

In such a situation, equity shareholders will be the first to lose their investment, and most justifiably so.  If not sufficient, however, it will be the turn of subordinated creditors.

Subordinated debt is typically issued by banks because it is very convenient for them: no control is surrendered as this debt does not confer voting rights, yet is considered as qualifying as part of the capital requirements of the Banks.

The problem with subordinated debt is that very often it is retail investors, attracted by the higher interest rate compared to ordinary senior bonds, that rush to invest in such financial instruments, often without much awareness of the very increased risks and complexities involved in subordinated debt as a bail-able instrument or one with a low ranking in the case of insolvency.

Readers who follow Italian TV stations will have heard of the financial havoc and hardship inflicted on Italian retail investors in recent years, in the main elderly pensioners, with the loss of their lifetime savings invested in subordinated bonds of banks such as Banca Popolare dell’Etruria e del Lazio, Banca delle Marche, Cassa di Risparmio di Ferrara, Cassa di Risparmio della Provincia di Chieti, Veneto Banca, Banca Popolare di Vicenza and the massive Monte dei Paschi di Siena. Italy was not the only case, although probably the most spectacular.

In the wake of so much suffering in neighbouring Italy, the EU last year decided to tighten its legislation to ensure effective investor protection in the case of subordinated bonds.  A new EU Directive – known as BRRD2 – was introduced in May 2019. This introduces major safeguards when banks and stockbrokers sell subordinated bonds to retail clients.

This means that subordinated bonds will no longer be sold, or rather missold, by the much-abused ‘execution-only’ type of service whereby ‘de facto’ advisory sales are simulated as transactions initiated by the client, absolving stockbrokers of responsibility for their advice.

These changes in investor protection regulation come into effect in little more than two months’ time, on 28th December 2020.  And this is where APS Bank plc comes into the picture.  APS is rushing through this issue and the subordinated bonds are being issued and sold in November … weeks before the new BRRD 2 rules intended to protect investors become effective. What an unholy coincidence!

This is not smart behaviour; this is unscrupulous and obscene.  Coming from a Church-owned bank, it is yet another reason why money and religion should not mix.  This sort of trickery is not illegal of course but constitutes an illegitimate and immoral abuse of an unwary and uninformed general public.

It is behaviour that falls far short of the high standards that so rightly feature in Bishop Scicluna’s sermons to politicians and business people. Unless APS postpones the issue of its subordinated bonds to a date after BRRD 2 comes into force in December, or agrees to make the immediate issue subject to BRRD 2 conditions, its decision to issue the bonds in haste can only be considered as one “with malice aforethought”.

Two thousand years after Christ overthrew the tables of the money changers in the Temple and St Paul proclaimed that money is the root of all evil, and in spite of all the corruption and money laundering scandals in which the Vatican bank, IOR, got entangled, the Church has yet to learn to practise what it preaches.

APS has since responded with the below press release:

The Subordinated Bond Issue targeted for later this year is part of the Bank’s Capital Development Plan announced years back as the keystone for the Bank’s future growth and strategic development. Already in the 2017 Annual Report there was reference to this Plan as well as in subsequent years, Phase 1 being executed in May 2019 with a €25 million equity injection resulting from a Rights Issue and 2018 Retained Earnings. Phase 2, i.e. the proposed €50 million Tier 2 Issue, was always earmarked for 2020 and there have been numerous references to this such as in the 2019 Annual Report, interviews and also the announcement of the 2020 Interim Financial Results on 31 July 2020.

Even more importantly, these Plans have had the approval and support of the shareholders, most recently at the 2020 Annual General Meeting, and are also part of the requirements addressing the ongoing SREP (Supervisory Review & Evaluation Process) undertaken by the MFSA on APS Bank.

A Phase 3 of the Capital Development Plan is already earmarked for 2021- 2023, the exact timing and form of such capital raising cannot be determined with certainty especially in these turbulent economic conditions.

2020 marks the 110th anniversary of APS Bank’s uninterrupted history of serving the Maltese and Gozitan community but probably never like today has the challenge been greater to support and sustain families and businesses through these challenging times of the pandemic. The Subordinated Bond Issue is being executed in the most transparent of ways, with full disclosures and in observance of the due regulatory approvals and obligations which the Bank unfailingly complies with. APS Bank prides itself with having one of the most comprehensive and robust governance structures in line with the most modern practices and as expected of its classification as an O-SII (Other Systemically Important Institution).

APS Bank rejects in the strongest possible manner Mr Bonello’s agenda, his gratuitous attributions and deplorable language. The Bank is reserving the right to take whatever further actions are necessary to safeguard the trust and reputation it always enjoyed, as well as the interests of its depositors, customers, shareholders, employees, who together constitute tens of thousands of Maltese and Gozitan households.

Are you concerned over the APS issue? Comment below

READ NEXT: EXCLUSIVE: Two Cabinet Members Speak On Using Cannabis In Their Lives