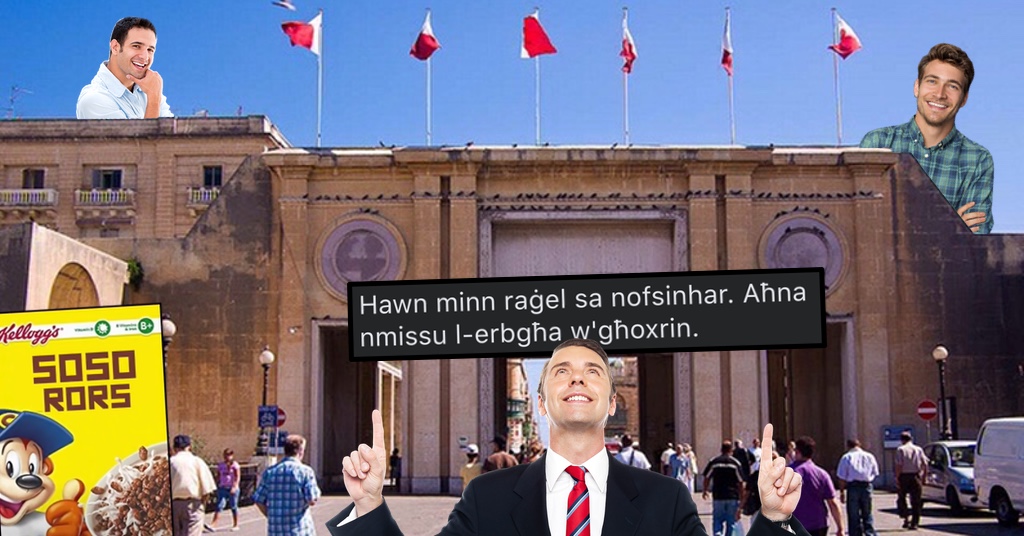 Nothing’s funnier than an inside joke which only you and your friends get, but when you randomly run into someone else who gets it, things quickly shift into overdrive. And let me tell you one thing; Malta is definitely no exception.

Jokes, much like everything else on this tiny island, spread super quickly nationwide, but you’d be surprised how many things can slip through the cracks in 2020.

And if you’ve heard someone reply to “God bless” with “God bil-G” or just randomly utter “SOSO RORS”, you might have stared back in utter confusion. But don’t worry, that all changes today.

Radju Ħaj is a Maltese podcast series which has slowly gained cult status in the last couple of years, but it’s the trio’s videos which have made it to messaging threads around the islands.

Before 69 Flimkien but well after those now-iconic Dun Victor Grech clips, the group of musicians and DJ had started sharing podcast episodes featuring guests from every walk of life (think everyone from Red Electrick’s Ivan Borg to our own Kaxxatur Jon Mallia).

But we’re not here for that today. If you’re still not quite sure what’s happening, check out these eight essential videos to watch to get you in the loop and understand what Radju Ħaj and their signature satirical style is all about.

A classic in every sense of the word.

This ticks off every box in Maltese comedy.

It might not be Ħaj’s first, but this one still resonates with fans as one of their best.

It all started with a t-shirt. The rest is Russian history.

3. Have you ever been to Ta’ Ġiezu? Don’t don’t don’t believe the hype.

There’s this unspoken understanding that you just don’t fuck with Malta’s churches. Well, Ħaj decided to do anyway… and the target was a Valletta church of all possible target.

Set your biases aside for a second and ask yourself; do you believe the hype?

4. Sorry, do what with the lesbians?

Car decals get pretty crazy in Malta, but what’s the craziest sticker you’ve ever spotted in a Maltese road?

I’ll bet you anything it’s not crazier than this.

5. A throwback of Maltese commentating from the last World Cup

The last time the world’s footballing nations met was back in 2018 in Russia, with commentators from all over the world doing their best to document it all. Then, you had Malta.

Weird names you’d never have come across before are common when you’re talking about international footballers, but when Maltese commentators got to tackle Saudi Arabia’s line-up, the potential for comedy was just there for the taking.

This one needs less explaining and more listening. Probably NSFW.

7. Have you heard about the tea joke?

Retelling long lame jokes is where the Ħaj trio excel, and this one’s as long and lame as they get.

Featuring the Valletta city gate, an old gay veteran and a special guest who tells the joke infinitely better.

8. The next phase of Ħaj… actual songs?

Just last week, Radju Ħaj returned to everyone’s feeds with something different; a song and music video all about Malta’s winning mentality (or at least, our false sense of victory).

rebĦ features – well, exactly what you’d expect from Ħaj at this point.