The Maltese Islands are well-known all around the world for the vast history and rich culture. Plus, a crazy amount of our historical sites are still standing and open for the public to visit and explore. From megalithic temples to Medieval theatres, we’ve got it all.

Sadly though, the passage of time comes with some side effects, and a good amount of these sites and buildings have been pushed past their prime.

But thank the Lord, there are people who’s job is literally to bring these buildings back to life. Here are seven iconic buildings and sites from Malta’s history tag have been restored to their formal glory.

Colloquially known as ‘Tal-Pilar‘, this church was built in the 1670s directly next to the Auberge d’Aragon, for the Aragonese Knights to use as a place of worship. Architecturally, the church is known for it’s façade, with the composition giving the impression that the façade is larger than it actually is.

The interior is decorated with several sculptures and paintings dedicated to Our Lady. These coastal watchtowers are an important part of Malta’s history, serving as communication and defence systems during the time of the Knights. Wignacourt Tower, also referred to as the St Paul’s Bay Tower, was the first of these watchtowers to be built and became the model for the following ones.

These catacombs, located on the outskirts of Malta’s ex-capital city Mdina, is the earliest (and largest) piece of archaeological evidence of Christianity in Malta. The cemetery probably originated in the Phoenician-Punic period and was used until the 7th or 8th Century.

The cemetery are fadeout of 30 hypogea that host several burial sites and catacombs. 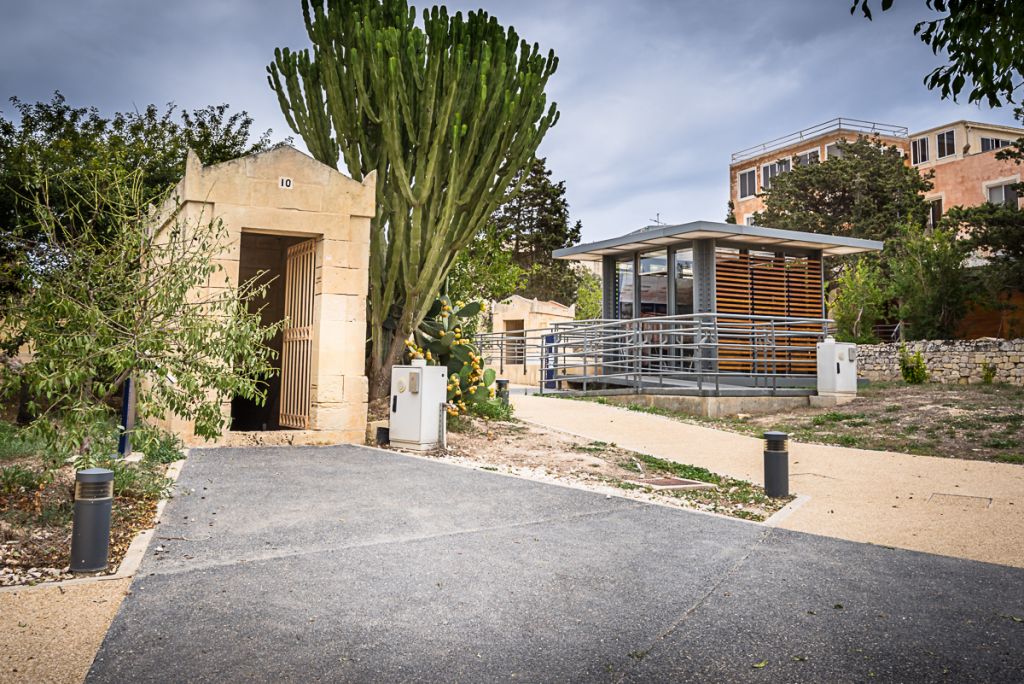 Now serving as the home to Malta’s fine arts museum, MUŻA, this auberge and its imposing façade was built at various stages throughout the 16th and 17th Century. After the Order was expelled from Malta in 1798, the auberge was used for a number of purposes; housing a military headquarters, an officers’ mess, a museum, a school of arts, a courthouse, the General Post Office and various government departments. The fortifications surrounding Malta’s capital city, Valletta, are made up of a series of bastions (swar) and buildings that were constructed to defend the city from invasion. Valletta is often referred as one of the ‘best fortified cities’ in the world, and the fortifications still stand strong to this day. During the Second World War, the Lascaris War Rooms were dug under Upper Barrakka Gardens and served as Britain’s secret HQ for the defense of the island. It was later taken over by NATO as a centre for communication and even played an active part in the Anglo-French invasion of Egypt during the Suez Canal crisis.

In 2009 ,the historic complex went under intense restoration, involving the tunnel system; living quarters and even the rehabilitation of existing beds and furniture from the war times. Birgu (or Città Vittoriosa) is one of Malta’s Three Cities, three fortified cities steeped in history. The cities are situated on the south side of the Grand Harbour and has developed a very long history with maritime, mercantile and military activities. Birgu has origins dating back to Medieval times and was a prominent player in the Great Siege of 1565. AX Construction prides itself in the level of workmanship, attention to detail, care and expertise it brings to the conservation of our stone heritage using the latest internationally approved methodologies and techniques, whilst providing clients with practical, efficient and cost-effective solutions.

READ NEXT: Racer Or Surfer, This Maltese Company Has The Speed For Your Need