Roberta Metsola has officially won the election to become the next European Parliament President.

Metsola beat out three other candidates in the first round of voting, getting the required 50%+1 majority from all MEPs. Metsola had the support of three of the biggest EU political parties, the EPP, the S&D, and Renew.

She won 458 votes of 616 eligible votes in parliament, winning on the first round of voting.

Lovin Malta is informed that Metsola will give a press conference at 12pm.

Metsola has made history today, by not only becoming the youngest ever President, but by occupying the most important role any Maltese person has had on the international stage.

She will occupy the role for at least another two and a half years. 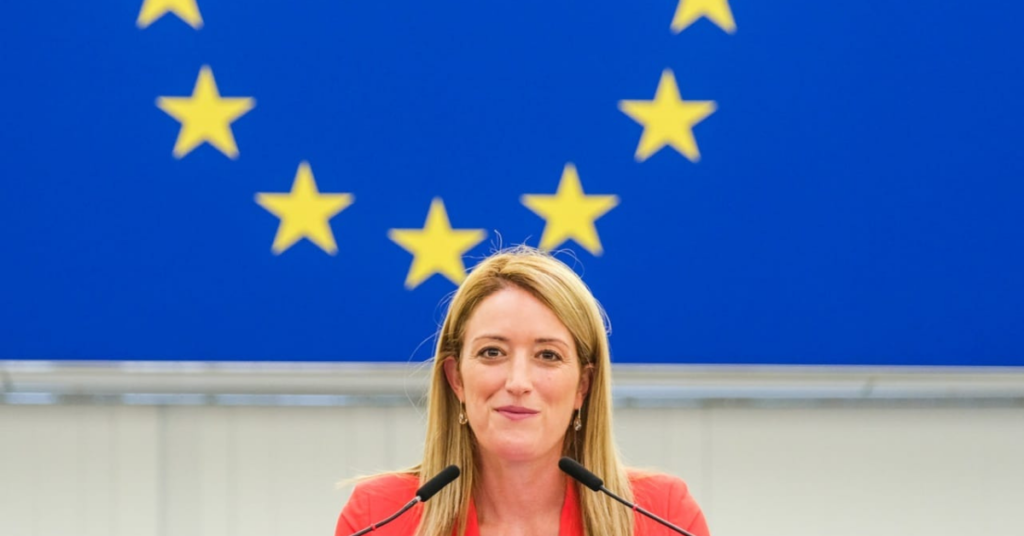 Who is Roberta Metsola?

Metsola, a major figure within the Nationalist Party, needs little introduction to a Maltese audience.

Metsola got elected to the European Parliament in 2013, ten years after she first got into EU politics, after Simon Busuttil relinquished his MEP post to become leader of the Nationalist Party.

A year later, she retained her seat after winning over 32,000 first-count votes at the next MEP election, making her the PN’s most popular candidate and the second most popular national candidate. She increased that margin by the time 2019 rolled around.

In November 2020, Metsola was elected as First Vice-President of the European Parliament replacing Mairead McGuinness who became European Commissioner.

As an MEP, Metsola has focused heavily on irregular migration, presenting landmark proposals that could make the Mediterranean a safer place for everyone. What does the European Parliament President do?

The role of the European Parliament President is similar to that of the Speaker of national parliaments.

Metsola will get to open plenary debates in Strasbourg, sometimes even with her own speech, instruct MEPs when it is their turn to speak, ensure parliamentary procedures are properly followed, direct voting procedures and announce voting results.

Her signature will be required for EU laws and the EU budget to pass.

Metsola will also be given some bureaucratic responsibilities, chairing the Bureau of the European Parliament, which discusses administrative and budgetary issues in collaboration with the 14 Vice-Presidents and five Quaestors.

Most importantly, as president, Metsola will essentially be the face of the Parliament when dealing with the outside world, including discussions with leaders of EU member states, other countries, NGOs and associations and other EU institutions.

She will represent the parliament in all legal matters and at all international fora, including at European Council meetings, where she will deliver the EP’s views to heads of state and government of the EU’s 27 member states, including Malta’s Prime Minister Robert Abela.

This will mean she will be involved in international politics at the highest level.

What do you think of this amazing win?

READ NEXT: Roberta Metsola Likely To Be Elected European Parliament President After First Ballot At 11am