Around 4,400 elderly people living in 37 care homes in Malta, as well as frontliners working within these homes, will begin receiving the COVID-19 vaccine, the Active Ageing Ministry announced today.

This comes after the vaccine programme was rolled out in St Vincent de Paul, where about 70 people were inoculated per day, and as the government plans to see every elderly person in a care home in Malta inoculated by the end of March.

To do this, the number of vaccinations per day is expected to rise to 140, double the current rate.

The first batch to be inoculated are over-85s, and over 2,000 employees in these homes as well as state homes, Church-run homes and private homes are expected to receive the vaccine. 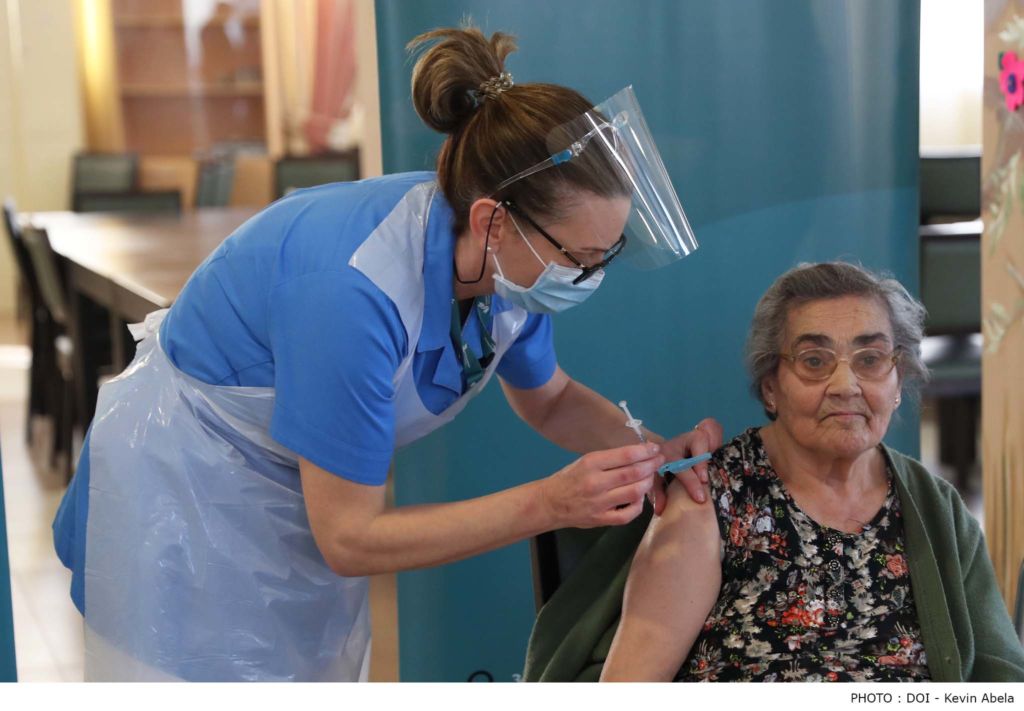 For the vaccine to work, two doses need to be given to each person weeks apart, with the Ministry saying they had a plan for this rollout.

“We are conscious of the possibility of the vaccine having some side effects, and we need to make sure there is a plan in regards whoever is given the vaccine and where, to avoid having people feeling ill, like employees who are coming from the same hall,” Minister Michael Farrugia said.

Farrugia continued to say that he believed that by the end of March, the first dose of the vaccine would be given to all elderly people in these homes in Malta.

“Let’s remember that the government invested a lot to ensure that there’s a vaccine in two doses for everyone,” he said, before saying that the vaccine would allow the country to return to “normality”.

Are you keen to see the vaccine rolled out in Maltese elderly homes?