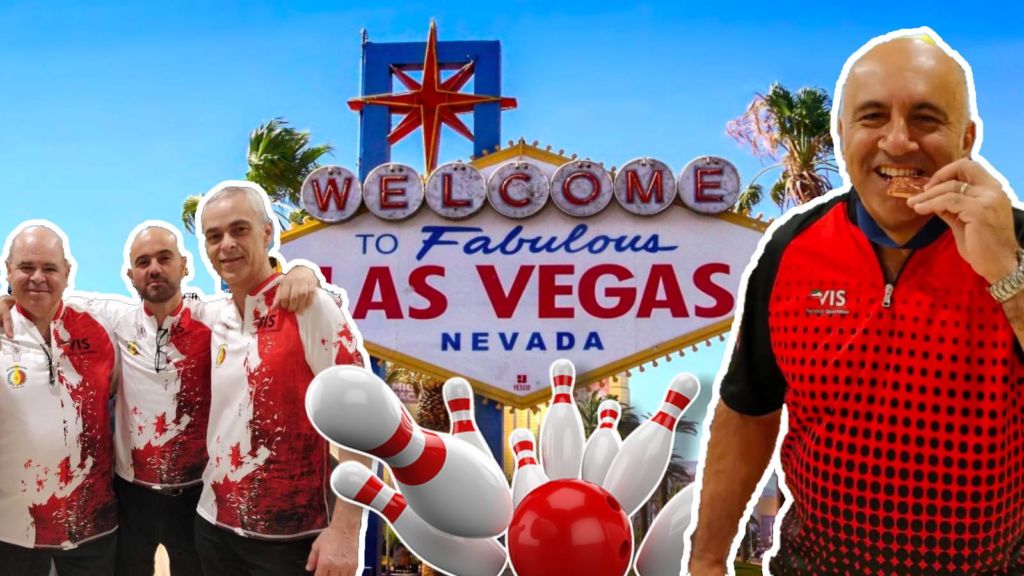 Malta’s bowling game just keeps getting better, with a first in Maltese Bowling History for a team of 4 that recently competed in the Bowling World Championships in Las Vegas.

After winning Malta’s first ever medal in the championships, with a 3rd place ranking in the singles, Mark Spiteri plugged another chapter in our country’s bowling accolades.

Scoring an average of 211.67 successfully placed him 12th overall which qualified him for a spot in the Masters – a 1-on-1 knockout stage following best of 3 rules.

Mark was lined up against Norwegian left-handed giant, Ingar Gabrielsen

Spiteri fell short in the first round, managed to nip in the second with a very tight score but in the end it was Gabrielsen who came out on top with a 2-1 win to pass into the next stage.

Spiteri was joined by Kenneth Arpa, Dennis Mercieca and Steve Cassar whose 923-point game in the championships earned them a spot in the record books for the highest game recorded by any Maltese team playing abroad.

The player’s thanks go to the Malta Tenpin Bowling Association for making this incredible feat possible.

Show some support for Malta’s bowling team in the comments below.

READ NEXT: 41 Medals Over 22 Years, Malta’s Bowling Team Is Taking A Shot At The World Championship In Las Vegas