A new video showing what’s happening beneath the surface of the ocean near a development in Valletta reveals what’s hiding right under the waves.

Diver Raniero Borg, the man behind Raniero’s Adventures, a page dedicated to showcasing the good and the bad in Malta’s seas, uploaded the video saying the works being carried out at the Valletta United Water Polo Club were “destroying the underneath seabed”.

In the video, debris and rubble can be seen covering the seabed right near the development, with Borg even picking some up with his hands.

“When works near the sea take place, buoys are placed on the surface to gather the surface debris and dust-cloudy water,” Borg explained. “Submerged under the buoys, curtains of material fall towards the seabed to entrap all debris, rocks and dust from mixing with the surrounding area.”

“More than three-quarters of the material is found lying on the seabed with rock particles.”

TORBA, TORBA EVERYWHERE IN MARSAMXETT VALLETTA HARBOURWorks are currently being carried out at the Valletta Waterepolo…

Borg pointed out what could happen if rubble and debris begin to pile up in Valletta’s seabed, with marine life becoming “entrapped” by the falling particles.
“In my opinion, all the torba should not have ended up in the sea!” lamented Borg. “Clearly, the gathering system has failed and should be arranged as soon as possible,” he urged.
Valletta residents have previously complained of the development, worried that the club was being turned into a lido after an umber of modifications were requested, including the addition of a bar and back of house area.

The proposals are currently marked as awaiting a recommendation.

Lovin Malta reached out to Valletta’s Mayor, Alfred Zammit, who confirmed that despite fears of the sports club becoming only a lido for parties, the sports facilities will still be a part of it.

He also confirmed that Sports Malta has given their approval of the plans and noted that the swimming pool area will remain as is. 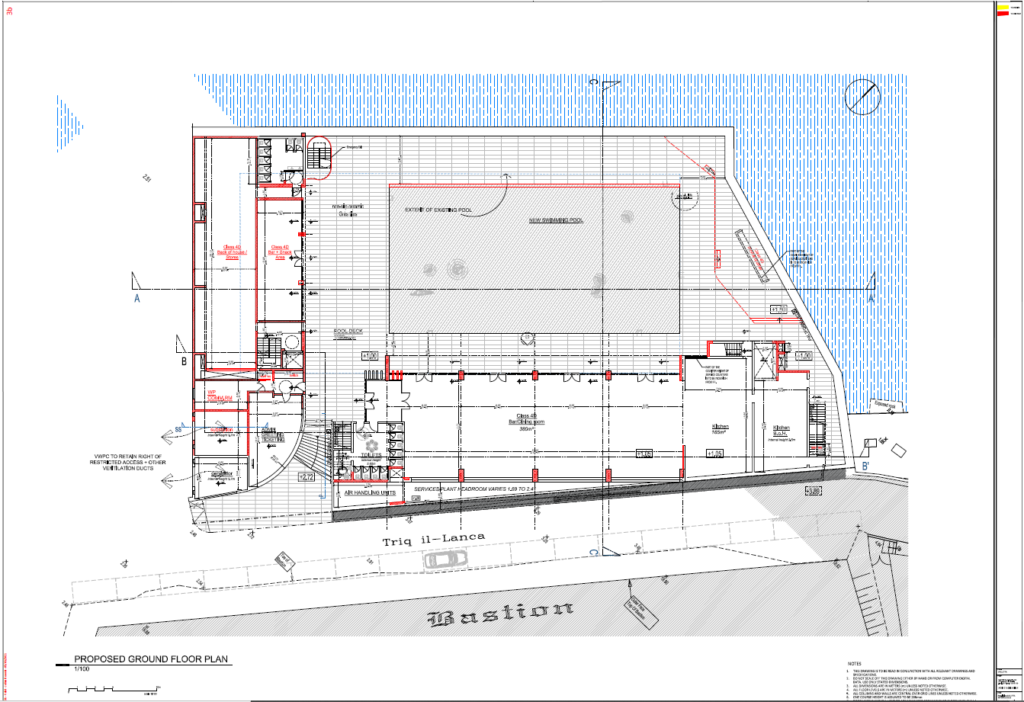 Plans for the pitch

Are you concerned the development is causing environmental damage in the Marsamxett area?