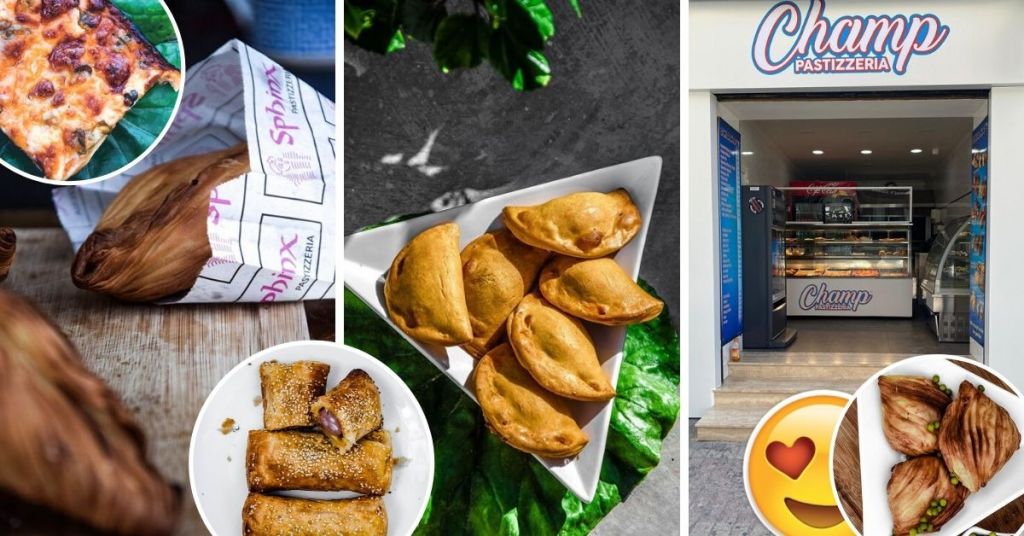 One of Malta’s all-time favourite pastizzerias, famous for everything from their iconic pastizzi to delicious square pizza, is officially expanding.

The new stores will be serving up freshly made Maltese classics and will be opening in the next month. They’ll all be in central locations, with the one in Burmarrad being just around the corner from the main church on Triq Tony Camilleri.

The Ta’ Xbiex store will be on the picturesque Xatt Ta’ Xbiex, and the Gudja store, in Vjal it-Torri, has already opened and the pastizzi are being sold by the tużżana already.

Everything you know and love about Sphinx will be available at the new locations, bringing some serious flavour to the new localities. One of Sphinx’s top brands, Champ, will also be opening an entirely new outlet in Birkirkara.

The popular brand made famous by its Paceville outlet will be coming to Valley Road, Birkirkara – and its just gone through a rebranding, giving it a fresh and clean look, just in time for opening. Sphinx has been pushing boundaries for a few years now, ever since the young and creative Muscat brothers took over their father’s company. For the last few years, Elvin and Aaron Muscat have overseen an expansion of the Sphinx and Champ brands. They’ve rolled out flavours Malta – and indeed the world – had never seen before, as well as special Pride pastizzi, seasonal specials and even a unique pastizz of the summer.

The talented brothers have been invited abroad to represent the brand, and the passion and new blood they’ve injected into the popular pastizzi business is evident from the first bite into any of their pastries.

Check out Lovin Malta’s documentary on Sphinx, the hidden world of the pastizzara and the challenges they face.

Are you excited to try out the new Sphinx outlets? Share this story to let people know!

READ NEXT: WIN: The Ultimate Luxcation! Destress In Your Own Private Residence At Gozo's Kempinski This Summer