Two years ago today, Malta woke up in shock at the news that Yorgen Fenech had been arrested for the assassination of Daphne Caruana Galizia while trying to flee the island on his yacht.

Fenech, the head of the powerful Tumas Group business empire, had already been embroiled in a major corruption scandal and his arrest was always going to have political implications. However, no one could have predicted what would happen next.

Six days after Fenech’s arrest, the Prime Minister’s chief of staff Keith Schembri, a close friend of the murder suspect, resigned. Schembri was already suspected of having planned to receive illicit funds from Fenech’s Dubai company 17 Black, but it later emerged that Fenech had implicated him in the murder.

Schembri has always denied this but question marks about his links to Fenech and murder middleman Melvin Theuma remain. Specifically, Fenech had called Schembri the night before his attempted escape, a photograph of Schembri was found in Theuma’s secret ‘evidence stash’, and allegedly used doctor Adrian Vella as a go-between to instruct Fenech to pin the murder on then Economy Minister Chris Cardona.

Theuma also named Schembri as one of the masterminds in a letter, but said in court that he had no evidence to back this up.

Hours after Schembri’s resignation, Tourism Minister Konrad Mizzi also resigned and Cardona suspended himself following a Cabinet meeting. Mizzi was never implicated in the murder but he was deemed compromised after he was implicated in the 17 Black scandal.

Mizzi was later forced out of the Labour Party following the revelation of the Montenegro wind farm scandal, which involved Fenech.

As street protests raged on and Fenech was formally charged with the murder, pressure on Prime Minister Joseph Muscat to step down grew, and he finally announced his resignation in a televised speech to the nation on 1st December, to eventually be replaced by Robert Abela. In the meantime, Fenech’s arrest claimed another scalp; Times of Malta sacked its leading journalist Ivan Camilleri shortly after MaltaToday reported that he had tipped off Fenech that police were after him.

Less than a week after Abela announced his first Cabinet, Justyne Caruana was forced to resign as Gozo Minister in the wake of revelations that her husband, former deputy police commissioner Silvio Valletta, had travelled with Fenech to watch a Premier League football game.

Valletta has also often been named as a potential leak, with information from the police investigation reaching Fenech’s ears. Caruana was eventually reinstated to Cabinet as Education Minister

A few days after Caruana’s resignation, Abela announced the resignation of police commissioner Lawrence Cutajar, who had been widely criticised for inaction on white-collar crime. Cutajar was initially made consultant to the Home Affairs Ministry but he was soon removed from this position too following the launch of an investigation into how he had allegedly tipped off Melvin Theuma about ongoing police investigations.

In June, Chris Cardona resigned as PL deputy leader after Theuma claimed in court that the former minister had used his friend Anthony Chetcuti to pass on €350,000 to suspected hitman Alfred Degiorgio. Cardona vehemently denied this but Abela asked him to resign from his top-ranking party post anyway. Theuma, Vince Muscat, and the Degiorgio brothers have since made further claims of Cardona’s involvement in the murder and other major crimes.

A few days after Cardona’s resignation, Angelo Gafa was appointed police commissioner and his first move was to replace Ian Abdilla, the head of the police Economic Crimes Unit, with Alessandra Mamo. Abdilla had been widely criticised for taking a weak stance in high-profile corruption cases and has since admitted that he could have handled the Panama Papers scandal better. 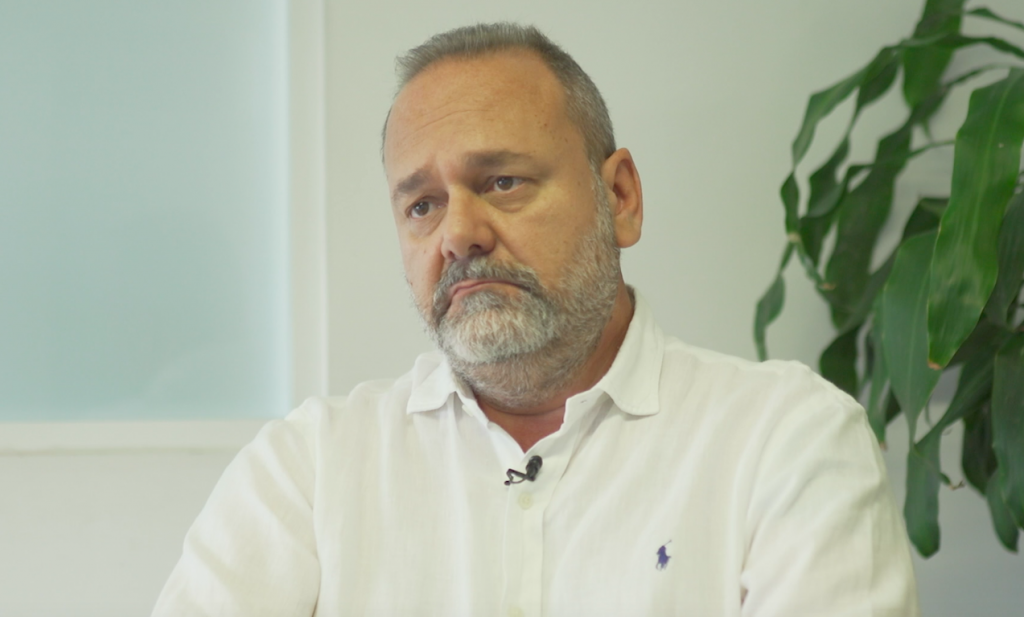 In August, longstanding Attorney General Peter Grech, who had also been criticised for mishandling corruption allegations, resigned and was replaced by Victoria Buttigieg.

And in September, Opposition leader Adrian Delia lost a leadership election that was called a few months after Keith Schembri said under oath that Fenech had paid him €50,000 to derail PN MEP David Casa’s re-election campaign, as well as €20,000 a month to Delia’s former head of media Pierre Portelli. Delia and Portelli have both denied these allegations.

Also that same month, police inspector Kurt Zahra confirmed investigators suspect Caruana Galizia could have been killed because of what she was going to reveal about the ElectroGas power station project, in which Fenech was a shareholder and director in.

Shortly after this testimony, the Gasan Group announced it was seeking to exit the controversial project. It is yet to do so.

Two years on, Fenech has been issued a bill of indictment and has been charged with money laundering offences and attempts to purchase weapons, with police suspecting that he could have been planning another hit.

Crucially, the suspected bomb suppliers, infamous criminals Adrian and Robert Agius, and Jamie Vella, have been charged in court, after Vince Muscat pleaded guilty for his role in the murder.

George and Alfred Degiorgio have since gone on an escapade to try and get a pardon for their crimes, now that Muscat has turned state witness. They have launched sensational claims, involving allegations that a sitting and former Cabinet member were involved in major crimes, including an attempted HSBC heist.

Details on Fenech’s electronic devices have also revealed the wide web of his close relationship with Malta’s leading politicians. Several figures, including former MGA head Heathcliffe Farrugia, have been charged over its contents.

In the chats, Zammit Lewis mocks Labour voters as “stupid” and “Ġaħan”, telling Fenech that they “underrate” him and that he’d have “left” (ostensibly politics) if it wasn’t for his wife. He was overly affectionate with the businessman, regularly reaching out to him to tell him how much he missed him.

The details were confirmed following the publication of messages by Mark Cammilleri, the former National Book Council chairman who has since published ‘A Rent Seekers Paradise’, which exposed close links between Fenech and some leading politicians.

Camilleri also alleged that Rosianne Cutajar had a sexual affair with Fenech, publishing texts confirming Lovin Malta’s previous story concerning her defence of him during a parliamentary 17 Black debate.

Cutajar has also faced claims that she pocketed thousands from a 2019 property deal involving Fenech, which happened just a few months before he was charged with the assassination.

She has admitted that Fenech did hand her over €31,000 in cash at the now infamous Porticello restaurant. She insists that she was tasked with handing over the money to her aide Charles ‘It-Tikka’ Farrugia, but has said that Fenech did give her a €9,000 gift. The Tax Commissioner is investigating.

However, she continues to deny any wrongdoing.

Konrad Mizzi, who is still an MP, has also faced trading in influence investigation, with revelations that he spoke to Fenech on major projects well before an official announcement.

Serious questions do remain when it comes to the relationship between Fenech, Keith Schembri and Joseph Muscat, their WhatsApp group and their knowledge of the murder plot.

A public inquiry into the murder published its conclusions in 2021, which said that the state should shoulder responsibility for the murder due to the culture of impunity that was created. It also calls for major reforms across key institutions like the police, the judiciary, and the media.

Fenech was a major businessman with a reputation of cajoling politicians prior to his arrest. A number of people must now be asking themselves whether they’re next.

Do you think full justice for Daphne Caruana Galizia’s murder will ever be achieved?

READ NEXT: The PN Is Dead And Only A Radical Rethink Can Resurrect It